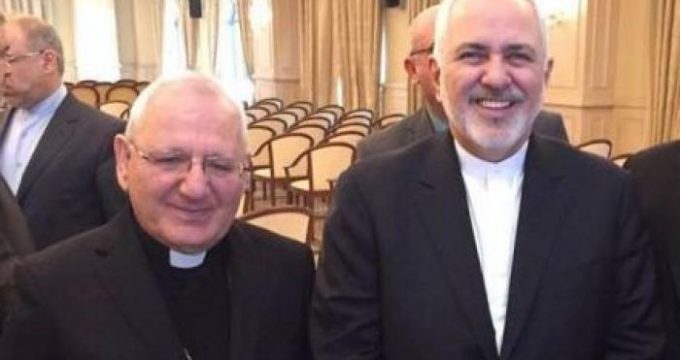 Card Sako writes to the US and Iran, saying no to war, yes to dialogue to solve the crisis

AsiaNews – Faced with rising tensions between Iran and the United States in the Middle East, the Chaldean patriarch sent a letter to the ambassadors of the United States and Iran in Iraq asking their respective leaders to “adopt wisdom” and seek peace.

In the letter, which he sent to AsiaNews, Card Louis Raphael Sako stresses the consequences of “another catastrophic war” and calls on the main players to choose dialogue as the only way to resolve disputes because, as the cardinal noted yesterday, the Middle East cannot take another war.

Meanwhile, the war of words (so far) continues between Iranian and US leaders in a crescendo of mutual accusations. “Today’s situation is not suitable for talks and our choice is resistance only,” IRNA quoted Iranian President Hassan Rouhani as saying.

US President Donald Trump earlier accused Iranian leaders of hostility, warning that Iran would be met with “great force” if it attacked US interests in the Middle East

For his part, Foreign Minister Mohammad Javad Zarif invited the US to take a lesson from Iranian history: “Iranians have stood tall for millennia while aggressors all gone . . . Try respect – it works!”

At the same time, the Islamic Republic has quadrupled its production of low-enriched uranium. According to experts, it could soon exceed the stockpile limitations set by the 2015 nuclear agreement, which increasingly appears to be worthless.

The message of the Chaldean patriarch follows.

Appeal for Dialogue and Containment of the Crisis

As the tension is increasing in the region and due to our national and ecclesiastical responsibility, we are pleading for the decision makers of the Islamic Republic of Iran (our neighboring country) and the United States of America to adopt wisdom and appeasement in containing the current conflict.

The region cannot tolerate another catastrophic war, in which everyone is the “loser”, especially the unarmed and poor people. Therefore, we believe that the dialogue is the only way to promote the actual needs of the region for peaceful coexistence, mutual respect and good relationships between humankinds to achieve stability.

Such dialogue will lead to the peace that the region urgently needs to avoid shedding more blood, but rather to establish security and stability; and to persuade a cultural and economic prosperity for the benefit of people and the development of the country.

We in Iraq, have to be strengthened exclusively by our shared history, patriotism and unity that urges us to stand firm with the Iraqi Government, as the only legal entity in the country.