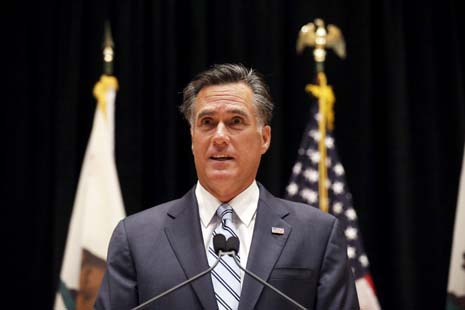 Sen. Romney on war with Iran: ‘That’s Just Not Going to Happen’

CNS News – Sen. Mitt Romney (R-Utah) has been openly disdainful of President Donald Trump’s character, but he nevertheless supports Trump on various foreign policy issues, including the threat from Iran.

“Well, I think the threat is real,” Romney told CNN’s “State of the Union” on Sunday. But Romney, a member of the Foreign Relations Committee, also said he doesn’t think anyone in the Trump administration wants war with Iran.

I don’t believe for a minute that either the president or John Bolton or, frankly, anyone else in a serious senior position of leadership in the White House has any interest in going to the Middle East and going to war.

And, look, the president made it very clear that he thinks the greatest foreign policy mistake probably in the modern age was the decision by President Bush to go into Iraq. The idea that he would follow the same path by going after Iran, a more difficult enemy, if you will, militarily, that’s just not going to happen.

Although Romney doubts the U.S. will go to war with Iran, he said Trump is right to prepare:

“And you also communicate, as the president has, that we’re not going to sit back and just watch things unfold. We’re going to make sure they understand that, if they take action against our people and against our allies and against our friends, that there will be consequence, and the consequence will be far more severe than the initial action taken by Iran.

“So, for me, this is — this is pretty straightforward, and particularly after the experience of Benghazi. If you — if you see a threat, you don’t just brush it aside and say, well, most likely nothing will happen. You take it seriously and act appropriately,” Romney said.

President Trump tweeted on Sunday afternoon, “If Iran wants to fight, that will be the official end of Iran. Never threaten the United States again!”

The tweet followed reports that a rocket had been fired into the heavily-secured “Green Zone” in Baghdad, near the U.S. Embassy there.

Trump told Hilton that “Iran’s been a problem for so many years,” and he defended his decision to reject the Iran nuclear deal and impose stiff economic sanctions on the Islamic Republic.

But Trump was firm about not wanting war with Iran:

Trump favors economic invasion over military invasion: “If I can solve things economically, that’s the way I want to go.”

Trump said he’s not someone who wants to go to war in general, “because war hurts economies, war kills people most importantly.”