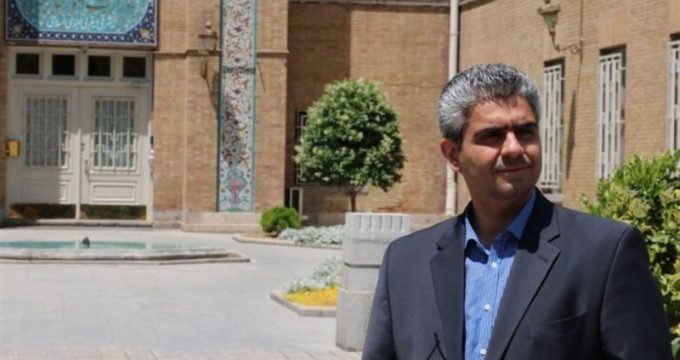 No sign of US willingness to de-escalate tensions: Iran’s FM adviser

Tasnim – A senior adviser to Iranian Foreign Minister Mohammad Javad Zarif described recent comments by US President Donald Trump about his willingness to negotiate with Iran as a “theatrical act” and said there is no sign of Washington’s seriousness in de-escalating the tensions.

“In Iran’s view, the United States has reneged on its obligations in recent years and moved toward the destruction of an important agreement endorsed by the United Nations Security Council,” Behzad Saberi Ansari told the Arabic-language al-Alam TV Network, referring to the 2015 nuclear accord.

Through actions that are clear examples of economic terrorism, Washington has damaged the Iranian economy and endangered regional and international peace and stability, he added.

The US has not shown any seriousness in solving problems through peaceful means, the top adviser stated.

There is no sign of US goodwill or readiness to move toward reducing tensions, he said, adding that Washington only pretends with “some theatrical acts” to be seeking negotiations.

The remarks came against the backdrop of increased tensions between Iran and the US with Washington imposing new economic sanctions against the Islamic Republic.

Since then, the Trump administration has been trying to reduce Iran’s oil exports to “zero,” and sent an aircraft carrier strike group, a bomber squad, an amphibious assault ship, and a Patriot missile battery to the Middle East to try to stack up pressure on Tehran.

The US has attempted to use a combination of hawkish rhetoric, diplomatic pressure, economic sanctions and now military posturing in order to bring Iran to the negotiating table and sign a new nuclear deal.

Zarif recently ruled out any prospect of negotiation with the United States, calling the Washington regime a “bully” trying to force all others into acting illegally.