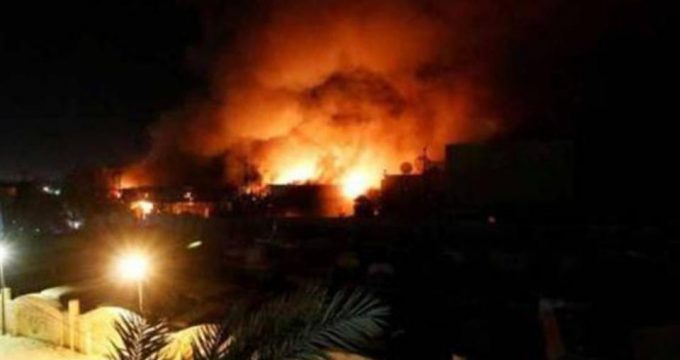 Huge explosion reported near US embassy in Baghdad

Sputnik – An explosion has reportedly taken place near the Green Zone close to the embassy area on Sunday.

Rockets landed in the Iraqi capital in the vicinity of the United States embassy on Sunday, Sky News Arabia reported citing its source.

Iraqi authorities have not yet commented on the incident. However, Reuters cited two Baghdad-based diplomatic sources as saying that they heard the blast not far from the fortified Green Zone — the area that hosts government buildings and foreign embassies.​

​Earlier in the day, Afaq TV reported that the sound of the explosion was heard from the area where the United States embassy is situated.

In addition, some media sources reported that warning sirens were triggered by the explosion.

The reports regarding the blast come after earlier this week the US State Department ordered the recall of non-emergency government employees from the US embassy in Baghdad and the consulate in Erbil. Additionally, the US State Department urged American citizens to abandon their visits to Iraq because of threats in the region linked to “terrorism, kidnapping and armed conflict.”