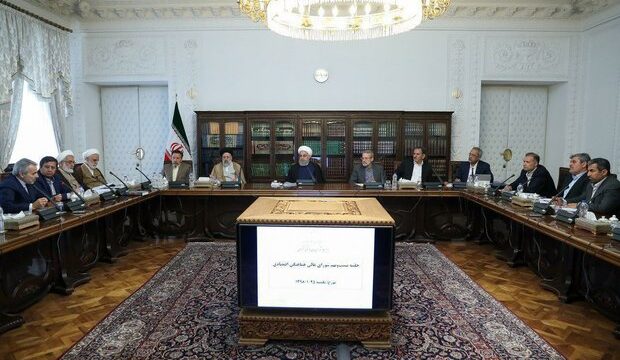 MNA – The Supreme Council of Economic Coordination agreed Sat. to facilitate domestic production sector in a session that was chaired by President Rouhani.

According to the news service of the Iranian Presidency website, the Supreme Council of Economic Coordination convened on Saturday in a session that was chaired by President Rouhani, and with heads of Judicial and Legislative branches taking part.

At the session, the council discussed and approved ‘Facilitating Production’ project, which is aimed at removing obstacles on the path of production to boost it.

Headquarters for Facilitating Production was also authorized to decide on facilitating the payment of debts for production enterprises to prevent their closure.

In another part of the session, Minister of Communications and Information Technology also presented a report on production program and supplying communications needs of the country, based on which decisions were made by the council.