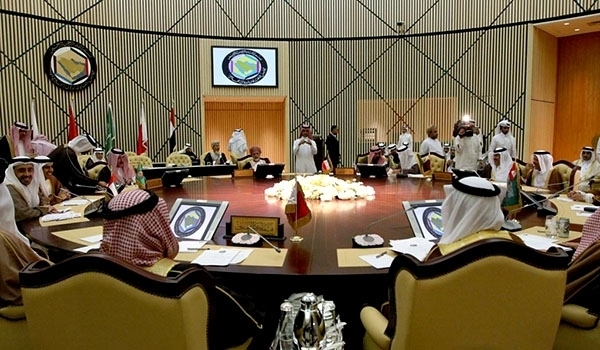 Paper: Persian Gulf Arab littoral states at odds over US confrontation against Iran

FNA – The six members of the Persian Gulf Cooperation Council (PGCC) have different views on Washington’s confrontation against Iran, a Kuwaiti paper reported on Sunday.

The Arabic-language al-Qabas newspaper referred to the May 18 meeting of Arab leaders in Mecca at the invitation of Saudi King Salman bin Abdul Aziz with the aim of adopting a single position on regional developments, and quoted an informed source as saying that they are at odds over a US-launched war against Iran.

The source said that three countries support and three others oppose war against Iran due to wide rifts in their views.

He added that US President Donald Trump does not favor war and wants a new nuclear agreement with Iran to prevent strengthening its missile power and control its influence in the region.

A relevant report by another Arabic-language paper also revealed on Saturday that Saudi Arabia and the UAE had stepped up pressure on Egypt to make the North African country take an overtly hostile position against Iran.

Citing sources close to the Egyptian presidency, the New Arab or al-Araby al-Jadeed reported that the pressure had mounted following recent “sabotage attacks” on four oil tankers off the coast of Fujairah.

The report said while Riyadh and Abu Dhabi are pressuring Arab states to take a more aggressive stance on Iran, Cairo has refused to fall in line.

A diplomatic source noted that Egypt values its diplomatic ties with Iran, though at the lowest level, but the Persian Gulf Arab countries are seeking to drag Cairo into a battle with Tehran.

An Egyptian diplomatic source stated that Saudi Arabia and the UAE are offering Egypt economic and oil incentives as well as direct investment to lure the country into sending forces to the two Middle Eastern states as a warning to Iran.

“Saudi Arabia offered to extend the period of free oil supplies provided by Aramco, estimated at $750 million per month … and the non-recovery of Saudi dollar deposits in the Central Bank of Egypt … and the UAE deposits (which make) about $15 billion of the total Egyptian cash reserves,” the report added.

Madawi al-Rasheed, a visiting professor at the Middle East Institute of the London School of Economics, predicted that even with the help of Egypt, Saudi Arabia and the UAE will fail in a possible confrontation with Iran.

“Together with its other Arab allies, like Egypt, Saudi Arabia will fail in any direct military confrontation with Iran, despite the latter’s loss of appetite for major confrontation at a time when its economy is struggling to stand on its feet under US sanctions,” she wrote.

“Neither the UAE nor Saudi Arabia will expect victory in a quick US-led war on Iran. In fact, they better rule out the prospect of war and begin a serious rethinking of their relations with Iran,” she added.

Writing on the website of the Middle East Eye news portal, Rasheed further stressed that the prospect of Egypt or any other Arab ally being drawn into a war in the Persian Gulf is “certainly unrealistic”.