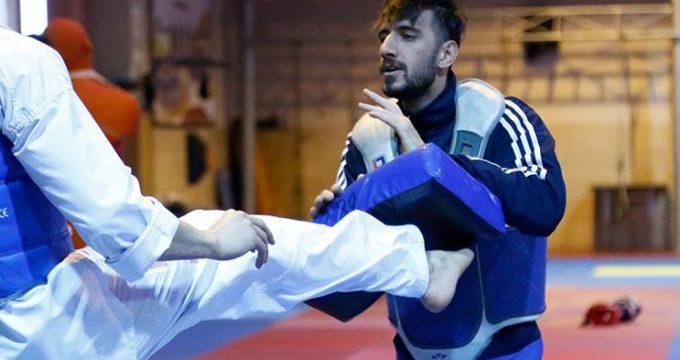 The event was held with the attendance of 975 taekwondokas from 150 countries.

After hitting Indonesian fighter, he advanced to quarter finals.

Ahmadi then hit Belgian rival in semi-final match and is supposed to stand against China on Sunday night.

Iranian squad has so far received a silver and a bronze medal.

The first ranking of the match will receive 120 points, second stage will earn 72 points and the third rankings will get 43.20 points to book ticket for 2020 Olympic Games.

The 2020 Summer Olympics, officially known as the Games of the XXXII Olympiad and commonly known as Tokyo 2020, is an upcoming international multi-sport event that is scheduled to take place from 24 July to 9 August 2020 in Tokyo, Japan.