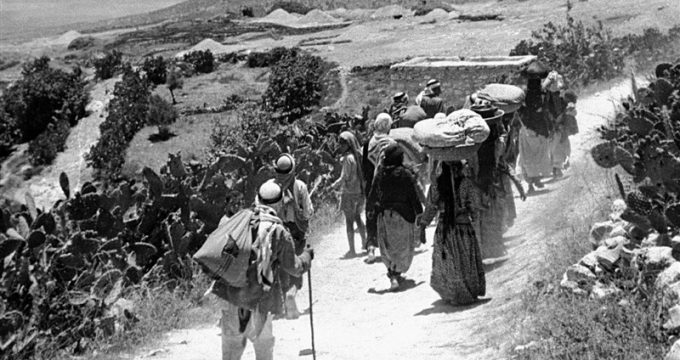 Tasnim – Palestinians marked the 71st anniversary of Nakba Day, with demonstrations and marches across the world.

Thousands gathered in Ramallah to protest against the endless bloodshed in Gaza and to mark catastrophe day.

In Lebanon, Palestinians have also held protests across the country to mark the 71st Nakba Day.

Palestinian refugees also organized a demonstration in front of the United Nations headquarters in the Lebanese capital of Beirut, asserting their right to return to their occupied homeland.

More protests also held in other parts of the world to mark Nakba Day, what Palestinians term the catastrophe that befell them in the war that led to the establishment of Israel in 1948 when hundreds of thousands of Palestinians were forcibly displaced from their homes.