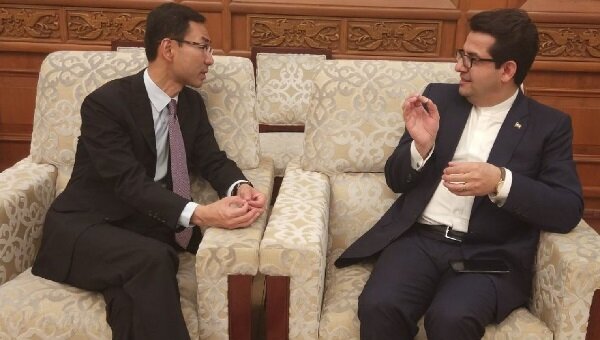 The two sides have exchanged views on ways to promote bilateral media cooperation according to Mousavi.

The meeting has been held prior to the meeting between the two countries’ foreign ministers.

Heading a high-ranking delegation, Zarif arrived in Beijing on Friday morning. Zarif’s China trip comes after he visited Turkmenistan, India and Japan in the past week to explore the ways to expand the scale of mutual cooperation between Iran and its close partners.