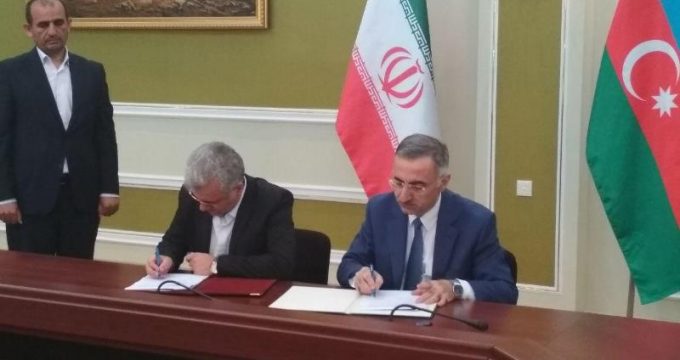 IRNA – Iran and Azerbaijan Republic signed a protocol to boost cooperation in the field of communications on Thursday at the end of the second joint working group in Baku.

The document was signed by Iranian Deputy Minister of Communications and Information Technology Hossein Fallah Joshaqani and his Azeri counterpart Elmar Valizadeh.

The second two-day working group of Iran and Azerbaijan opened on Wednesday with expert teams of the two countries in attendance.

Iran and Azerbaijan Republic’s expert talks were held under six specialized categories, including cooperation in the field of communications infrastructure, Internet, space and satellite development, cyber security, and management of TV, radio and mobile phones frequencies and signals along the two countries’ borders.

Under the protocol, Iran and Azerbaijan agreed to use each other’s experience in the fields of space and satellite services.

Fallah said that the protocol will play a crucial role in promoting cooperation between Iran and Azerbaijan in the fields of communications and information technology.

The agreements are the beginning of the countries’ long road for cooperation between the two neighboring countries, he said.

Valizadeh also described the talks as fruitful, saying that the discussions revealed that the two countries attach significance to cooperation and taking steps in this regard.

The third expert working group will be held in Iran and precise date and venue of the event will be announced through diplomatic channels.

Elmar Valizadeh, Hossein Fallah Joshaqani, Iran-Azerbaijan ties May 18, 2019
Building kilo-class submarines, destroyer high on agenda
Envoy: Iran not to start conflict, but stands up to US