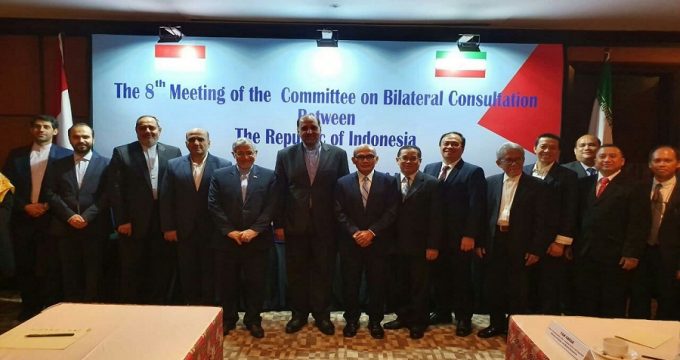 IRNA – Indonesian officials on Saturday reaffirmed their support for the international nuclear deal signed by Iran and the world powers.

The 8th Meeting of the Committee of the Bilateral Consultation between Indonesia and Iran was held in Jakarta.

The meeting was co-chaired by Mahmoud Farazandeh, Iranian Foreign Ministry director general for Department of East Asia and the Pacific and his Indonesian counterpart Desra Percaya.

The two sides emphasized that there were various grounds for bilateral cooperation, and reviewed the roadmap of cooperation for the current year.

They also stressed the importance of using all capacities for boosting relations and cooperation, particularly in trade and economy and finding mechanism for monetary and financial exchange.

In addition to the bilateral issues, the Iranian and Indonesia delegations discussed ways to develop cooperation in the context of the Organization of the Islamic Cooperation, the Indian Ocean countries and the Association of South East Asian Nations (ASEAN) and the United Nations.

Among other things, the recent developments about the nuclear deal, the US withdrawal from the deal, anti-Iran sanctions, US attempt to zero Iran’s oil exports, labeling Iran’s Islamic Revolution Guards Corps (IRGC) as terror organization by Washington, and current developments in the Persian Gulf were also reviewed.

The Indonesian party expressed support for the deal, also known as the Joint Comprehensive Plan of Action (JCPOA), and emphasized that the unilateral sanctions of the US should not affect Tehran-Jakarta relations.

Latest developments in the Middle East and Palestine were reviewed and the two sides expressed their support for the Palestinian people, condemning the Israeli crimes against humanity in the occupied territories.