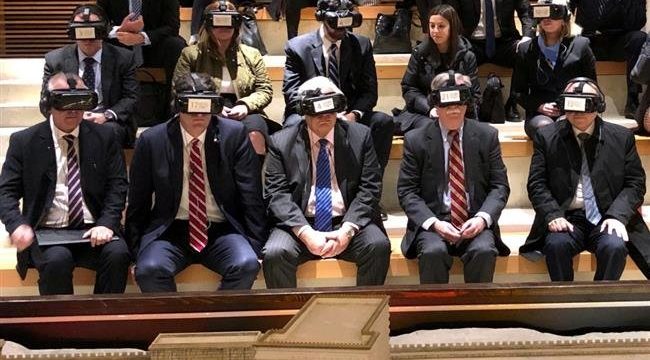 With Bolton whispering in Trump’s ear, war with Iran is no longer unthinkable

The Guardian | Owen Jones: Antiwar activists must do everything they can to prevent it, and that includes pressuring US allies

It was a deception that would lead to millions of civilian deaths, and the deaths of nearly 60,000 US soldiers. In August 1964 President Lyndon B Johnson solemnly declared that, after two apparent North Vietnamese attacks on US navy destroyers in the Gulf of Tonkin, military action would take place.

Four years later, Senator Albert Gore – father of Bill Clinton’s future vice-president – warned in a closed Foreign Relations Committee session that, “If this country has been misled … the consequences are very great.” His suspicions were correct. The second Gulf of Tonkin attack might never have happened – and perhaps neither did. Communications to make it look like the attack occurred had been falsified. But US policy was already set on a dramatic escalation of the Vietnam war: and here was the perfect pretext.

This week it emerged that the US government is discussing sending up to 120,000 troops to the Middle East for possible military action against Iran. “We’ll see what happens with Iran,” declared President Trump. “If they do anything, it will be a bad mistake.” The principal driving force behind this is Trump’s national security adviser, John Bolton, a man who thinks there is no problem to which the answer isn’t war: in the Bush era, his militarism was too much for the commander-in-chief who laid waste to Iraq. You can see them scrabbling for excuses already: the Trump administration says Iran-backed proxy groups are preparing attacks on US forces in Iraq and Syria, a claim forcefully denied this week by British major-general Christopher Ghika, the deputy commander of counter-terror operations in both countries. The US has blamed Iran, without evidence, for damage to Saudi oil tankers in the Gulf of Oman. Could an Iranian Gulf of Tonkin be looming?