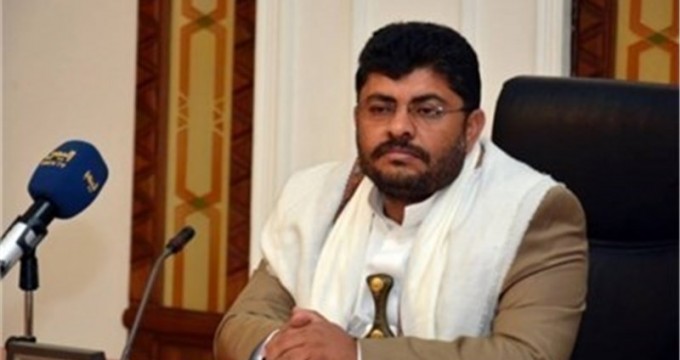 Yemeni retaliatory drone raids on Saudi Arabia had no links to Iran: Ansarullah

Press TV – A senior member of the Houthi Ansarullah movement says Yemen’s recent retaliatory drone strikes on a vital oil pipeline in Saudi Arabia were an act of self defense and had nothing to do with Iran, which the Riyadh regime and its allies falsely accuse of arming Yemeni forces.

In a rare interview with the BBC on Wednesday, Mohammed Ali al-Houthi, the chairman of the Supreme Revolutionary Committee of Yemen, said Yemeni forces used domestically-built drones to target the East-West oil pipeline, which runs from Saudi Arabia’s oil-rich Eastern Province to the Red Sea.

Iran, he added, had no role in the counter-attacks, which hit two pumping stations in the heart of the kingdom and forced oil giant Aramco to stop pumping crude on the vital 1,200-kilometer pipeline.

He said Ansarullah forces have been defending the country against the Saudi-led invasion for four years, and that they were not acting “on behalf of Iran.”

He also dismissed as “ridiculous” claims that Iran provides Yemeni forces with missiles, saying “even a single piece of bread cannot get past the siege” imposed the Saudi-led coalition of aggressors against Yemen.

Houthi further said that the retaliatory missile attacks against Saudi targets would be halted in case the Saudi-led military coalition ends its acts of aggression against the impoverished country.

“We will decide on our own about this,” he emphasized.

The Saudi regime — along with its allies — accuses Iran of arming Yemen’s Houthi Ansarullah movement against the kingdom. Tehran has invariably dismissed having ever armed the movement and any accusation of regional interference for that matter.

Acting US Ambassador to the UN Jonathan Cohen — whose country is the main supporter of the bloody Saudi war on Yemen — recently repeated the same unfounded allegations against Iran, claiming that Tehran was “fueling” the war by “violating” the arms embargo.

Leading a coalition of its allies, Saudi Arabia invaded Yemen in March 2015 in an attempt to reinstall the former regime of Abd Rabbuh Mansur Hadi, who had resigned amid popular discontent and fled to Riyadh. They have also imposed an all-out blockade against the already-poorest Arabian Peninsula state.

The invasion, which has failed to achieve any of its goals, has reportedly killed over 56,000 people. The war has also taken a heavy toll on the country’s infrastructure, destroying hospitals, schools, and factories.

Backed by allied forces, the Houthi movement has been defending the country against the Saudi-led aggression besides running state affairs in Sana’a in the absence of an effective government.

It was not the first time that Yemeni forces used drones in their retaliatory raids, but Tuesday’s drone raids, which hit deep inside the Saudi kingdom, was seen by analysts as a sign of a significant leap in the Yemeni army’s drone capabilities.

In an interview with Al Jazeera, retired Jordanian air force general Mamour al-Nowar said an un-stealthy aircraft was able to fly for several hours deep into Saudi Arabia, and was not detected and intercepted in a time of war, adding, this will ring alarm bells.

“Their air defense system completely failed to handle such attacks” and the Houthis now have the ability “to reach Riyadh and Abu Dhabi,” potentially paralyzing the country “if they hit desalination water pumping stations or the [almost built] nuclear plant in Abu Dhabi.”

On the day of the drone raids, Mohammad al-Bukhaiti, a member of the Political Council of the Houthi, movement described Yemeni drone strikes against strategic targets inside Saudi Arabia and the UAE as in line with the right of self defense, stating that Yemeni forces will cease such aerial assaults once the Riyadh and Abu Dhabi regime change course and put an end to their military aggression.

“They are within the range of our attacks, and US battle ships cannot rescue them. The Yemeni army, which previously did not even have Kalashnikov rifles in inventory, can now produce drones that infiltrate into Saudi Arabia and the UAE,” he added.