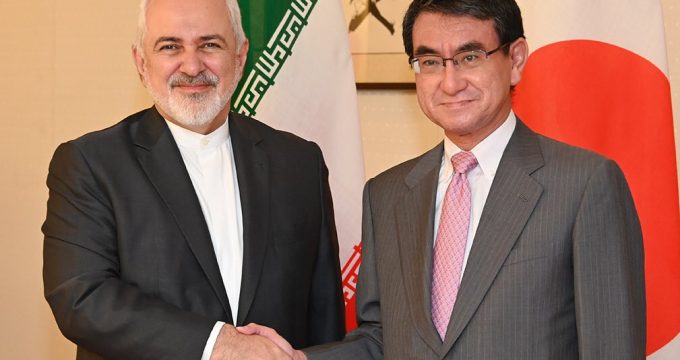 In a visit to Japan, Foreign Minister Mohammad Javad Zarif says Tehran is showing “maximum restraint” in the face of the United States’ unilateral exit from the 2015 nuclear deal and the “unacceptable” re-imposition of sanctions against the Iranian nation.

Rouhani says US bans on Iranian nation ‘crime against humanity’

President Hassan Rouhani says the US’ sanctions against the Iranian nation are a “crime against humanity” as they have effectively targeted ordinary people, hampering their access to food and medicine.

IRGC commander: Iran enemies have reached end of the line

The chief commander of Iran’s Islamic Revolution Guards Corps (IRGC) says the enemies of Iran “have reached the end of the line” and despite their ostentatious appearance, they are suffering from “osteoporosis.”

Iran has developed software to protect its industry against the Stuxnet computer virus, the Iranian communications minister said on Thursday, after accusing Israel in November of a cyber attack on Tehran’s telecommunications facilities.

Iran has no plans to launch centrifuge machines able to enrich uranium at higher capacity or to alter its relations with the U.N. nuclear watchdog, the spokesman for its civilian nuclear agency was quoted as saying on Thursday.

Iran no threat to anybody in Iraq or elsewhere: Iran mission to UN

Iran has rejected the United States’ claims that ‘Iranian activities’ endanger American sites and troops in Iraq, saying the Islamic Republic is no threat to anybody in Iraq or elsewhere.

Iraq’s ambassador to Moscow says Iraq will not allow the United States to use Iraqi soil to launch attacks against Iran, as Washington ratchets up tensions with Tehran.

Yemeni retaliatory drone raids on Saudi Arabia had no links to Iran: Ansarullah

A senior member of the Houthi Ansarullah movement says Yemen’s recent retaliatory drone strikes on a vital oil pipeline in Saudi Arabia were an act of self defense and had nothing to do with Iran, which the Riyadh regime and its allies falsely accuse of arming Yemeni forces.

Austrian president labels US sanctions against Iran as provocation

Austrian President Alexander Van der Bellen dubs as a provocation a new round of US anti-Iranian sanctions after Washington’s withdrawal from the Joint Comprehensive Plan of Action (JCPOA), known as the Iran nuclear deal, along with Washington’s threat to levy fines on European companies for their cooperation with Tehran.