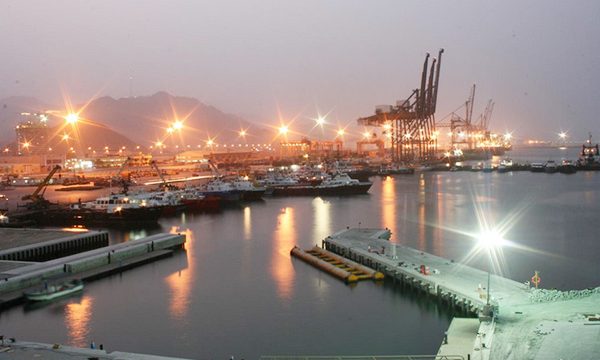 Tehran Times | Ramin Hossein Abadian: While Abu Dhabi initially denied the Fujairah explosions on Sunday, the country had to reveal the truth only in a matter of hours and acknowledge the security gap behind the incident.

The news on several heavy explosions in the port of Fujairah in the United Arab Emirates was first revealed by Lebanon-based Al-Mayadeen TV on Sunday.

Although the real reason behind the incident has not been revealed yet, the early reports, citing eyewitnesses, further suggested that American and French warplanes have been seen flying over the port at the time of the incident.

Despite Al-Mayadeen’s news that was picked up and reported by other media in a few minutes, the UAE government hastily denied the reports, insisting that the port was functioning as usual; however, it had to admit to the security catastrophe sooner or later.

From denial to scandal

The UAE, later on Sunday, confirmed that four commercial vessels were hit by sabotage near the emirate of Fujairah. The Persian Gulf state gave no details on the nature of the sabotage or who was behind it.

Saudi Arabia said on Monday that two Saudi oil tankers were among vessels targeted by the attack.

Saudi Energy Minister Khalid al-Falih said that while the attack did not lead to any casualties or an oil spill, it caused significant damage to the structures of the two vessels.

UAE called on the international community and international organizations concerned with maritime navigation to assume their political and legal responsibilities to prevent such acts by any parties attempting to undermine maritime traffic safety and security, adding that such irresponsible acts will increase tension and conflicts in the region and expose its peoples to great danger

The fact is that United Arab Emirates officials have been trying to cover up the existence of a major security void in the port of Fujairah since the very first moment of the incident and hide a major security crisis in this important harbor to misguide the general public.

In fact, all media manipulation and mobilization of propaganda to prevent the spread of massive explosions in the port of Fujairah by Abu Dhabi authorities was carried out for this purpose: Emiratis intended to hide the incident on this scale by exploiting their media and advertising facilities.

Another point to be considered is that the news of major explosions was a few hours after the media incident, and this is another big scandal for Abu Dhabi, as many political experts and observers believe that the country may have seen similar incidents in the past, and has hidden them from the public by its dominance on the media.

Rage over revelation of security gap

But another issue is that UAE officials are quite anxious about the emergence of a major “security gap” in their country.

Despite many efforts and mobilization of all the media and propaganda tools, Abu Dhabi did not succeed in preventing the publication of the news.

The reason that this issue has been so important for Emiratis is that the country has been killing the innocent and defenseless people of Yemen along with the Saudi insurgent regime, and it has previously been targeted by Yemen’s ballistic missiles and popular Yemeni committees.

Therefore, Abu Dhabi officials are deeply concerned that large-scale explosions at the port of Fujairah have exposed the security gaps in the port to the public, and there is a possibility that Yemeni groups, in response to the numerous Emirati aggressions, will target Fujairah in the future, as they have previously targeted Abu Dhabi.

There is also a major concern with Emirati officials that similar attacks may occur in the future on the country’s economic or even military infrastructures. This has also become a concern to the Saudi authorities as Emirati’s main allies.

Saudi Arabia and the United Arab Emirates are well aware that waging massive attacks on their military and economic infrastructure can greatly affect foreign investments in these countries.

Therefore, Riyadh and Abu Dhabi, while always trying to make their countries a focal point of peace and stability in the region, are now facing a lot of military and economic concerns, and the blasts of the UAE’s Fujairah port have increased and intensified such worries.