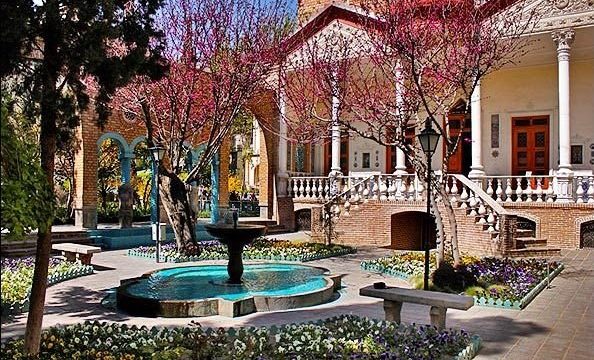 World’s most valuable house in Tehran

MNA – The unique and ancient objects collected at Moghadam Museum in Tehran made this 1960s’ monument as the most expensive house in the world.

One of the most expensive houses in the world is in Tehran capital of Iran. A house that is neither very big nor enjoys special facilities. Professor Arthur Upham Pope called this house in an article devoted to the study of arts in Iran; the most valuable house in the world in the 1960s because of the ancient objects used in architecture of house.

This house belonged to a professor of Tehran University Mohsen Moghadam, son of Ehtesab Ol Molk, the mayor of Naser al-Din Shah Qajar era. Because he was very interested in archeology and historical monuments, he collected the antiquities that were on the verge of destruction or plunder in his house.

Professor Moghadam was the first Iranian archaeologist who worked with other archaeologists in historic sites. He and his wife decided to put their efforts for establishing a museum of priceless objects exposed to destruction. This historical house is about 2117 square meters and it includes three outdoor yards. Colorful tiles, columns and arches creating a unique authentic atmosphere.

The museum consists of the house itself and a beautiful garden, safely hidden from street noise behind thick walls. The entrance of the museum is not obvious from the street, but ready to open all its beauty for travelers who notice the modest door of the museum.

He collected many valuable monuments including tiles, stone pieces, cloth, hookahs, pottery, glass, paintings, coins and historical documents in the house. Of the manifest features of this museum is the relative assimilation of its architecture with the historical relics inside.

Professor Moghadam died in 1987 and after the death of his wife in 1990; the house has passed to Tehran University to be supervised. In 2009, the house was opened for public as a museum.