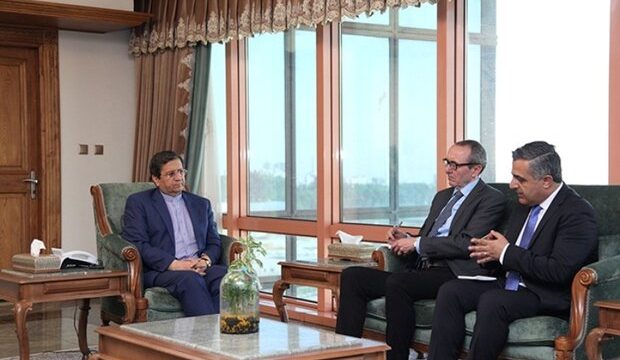 No excuses for not having INSTEX operational: CBI gov.

MNA – In a meeting with the Austrian Ambassador to Tehran Stephen Scholz, the Governor of the Central Bank of Iran (CBI) said that regarding the establishment of Iran-Europe financial mechanism, known as INSTEX, there is found no excuses for not having the mechanism operational.

The Austrian Ambassador, for his part, underlined his government’s support for INSTEX.

He asked the central bank governor to make affiliated order for lubricating forex issues between Lufthansa Airline, largest airline in Europe, and Austrian Airlines with Iran.

Hemmati ordered the required issue to be done in this regard.

The CBI governor had previously criticized European countries for repeating ‘threadbare’ remarks over their promised INSTEX and their failure to make it operational.

In an Instagram post on Monday, he wrote that if Europeans are concerned about the US reaction to EU states’ exports of goods to Iran, they can test their ability by exporting emergency supplies and medicine, adding that the ‘ball’ of implementing INSTEX is now in Europe’s court.