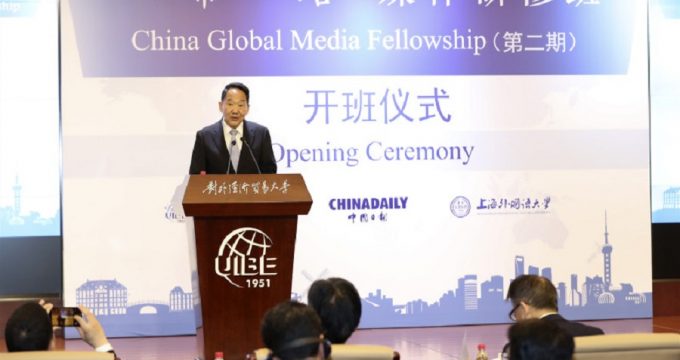 Hosted by China Daily, the event will mainly seek to introduce the opportunities and capacities of the ‘Belt and Road’ project and create synergy among all the media of the member-states.

Promoting interaction, establishing deep communications, creating friendship and solidarity among directors of media of Belt-Road member states and transfer of information about achievements of the initiative are among the other objectives of the forum.

During the inaugural ceremony, Editor-in-Chief of China Daily Zhou Shuchun described Belt and Road Initiative as an opportunity for countries to get acquainted with China.

Belt, Belt and Road Media Forum, Iran-China ties, Mohammad Mehdi Jalili May 15, 2019
US lawmakers lament: ‘All of us are in the dark over here’ on Iran
US pressure on Iran to yield no result: Putin