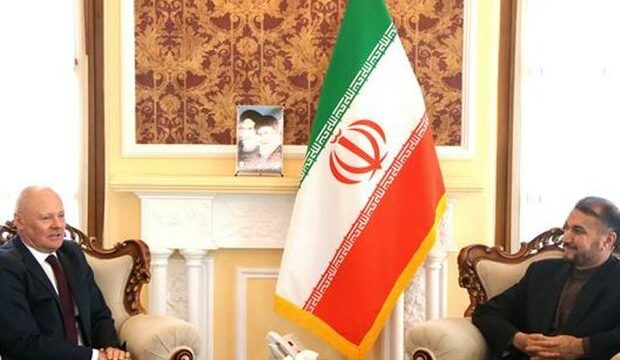 Germany will exert every effort to save JCPOA: envoy

MNA – German Ambassador to Iran Michael Klor-Berchtold on Wednesday reiterated his country’s support to the 2015 nuclear deal, known as the Joint Comprehensive Plan of Action, saying Germany will exert every effort to save the deal.

During a meeting with Special Assistant to the Speaker of the Iranian Parliament for International Affairs, Hossein Amir-Abdollahian, in Tehran, Klor-Berchtold said his country has always backed the historic pact, and acknowledged Tehran’s fulfillment of its obligations to the deal.

The envoy also referred to the mutual relations between the two countries, saying Berlin welcomes the enhancement of the bilateral cooperation with Tehran in different economic spheres.

Amir-Abdollahian, for his part, criticized Europeans’ behavior toward meeting their commitments on Iran’s nuclear deal, saying the government’s 60-day ultimatum to the remaining parties of JCPOA is a good opportunity for them to fulfill Iran’s demands, including the implementation of the financial mechanism designed to ditch US sanctions, known as INSTEX (Instrument in Support of Trade Exchanges),

Now that the long-awaited mechanism has been established, he said, it should become operational as soon as possible to fulfill part of its already delayed expectations.

Iran says this is the least the EU could do to prove its commitments to the previous agreements.