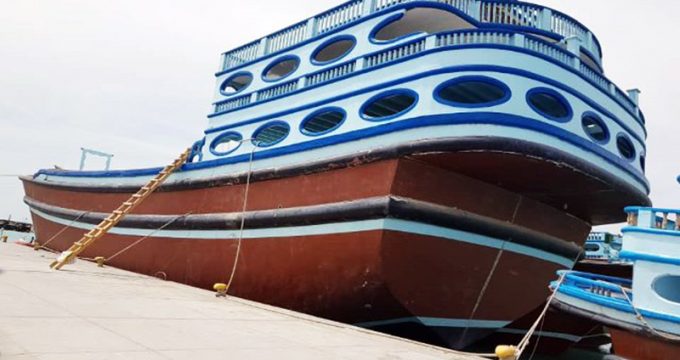 ‘The vessl was devised and manufactured in Qeshm Island in 360 days,’ Afifipour said.

He said that it has two engines collectively with 2,500 horsepower; its 55 meters long and 16 meters wide. It has a draft of 6 meters and weighs 500 tons.

He added that all the stages of manufacturing the vessel were carried out by Iranians in Qeshm Island, which shows the capabilities and know-how of the manufacturering sector in the province. It was floated in early spring and obtained all the certificates and was exported in mid-spring.

The vessel’s top speed when loaded will be 20 Nautical miles (37 kilometers) per hour and can be used in Indian Ocean for transport.

Afifipour said that Iran stopped imports of such vessels over the past several years and that Iran has become an exporter in the field.

Hormuzgan province has shipyard and 60 workshops that make wooden, metal, fiberglass and aluminum vessels in accordance with the international standards.