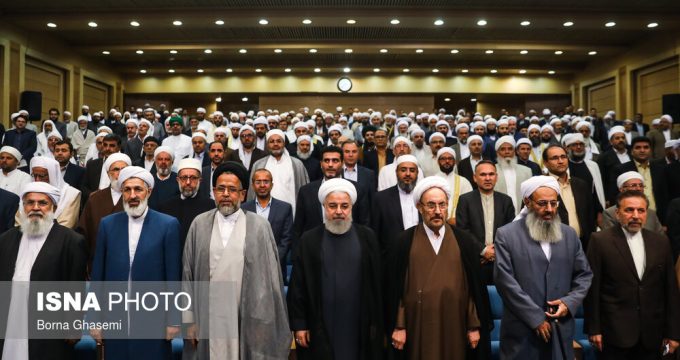 Iran belongs to all Iranians regardless of their faith: Rouhani

MNA – The Iranian president Hassan Rouhani has said that Iran and the Islamic Revolution belongs to all Iranians and followers of all religions.

Rouhani said that the presence of Sunnis in the government bodies has increased during his term in office, referring to the appointment of two Sunnis as ambassadors of the Islamic Republic of Iran to represent their country outside.

The president said that the Sunni community, which largely inhabit border provinces, has remained loyal in defence of their country, adding the Iranian Islamic Establishment treats Iranians regardless of their faith and beliefs.

He said that protecting the dignity of all Iranians from all religions and respecting their social status has always been a principle for the Islamic Establishment and for his administration.