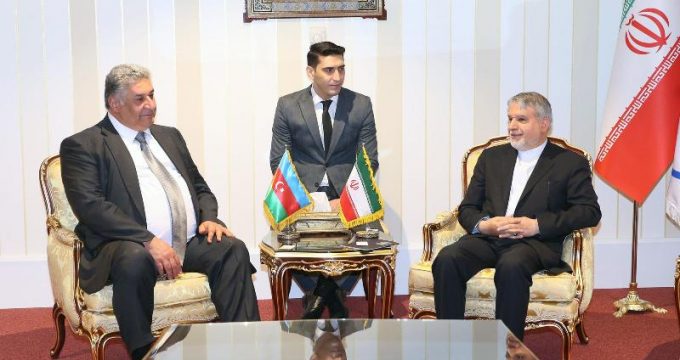 During the meeting, both sides called for taking advantage of capacities.

Salehi Amiri said that Iran has advanced standard sports and is ready to hold joint camps.

Elsewhere in his remarks, he extended Iran’s readiness to share experiences with Azerbaijan in physical education field.

Meanwhile, Rahimov said there is no obstacle or limitation for developing sports cooperation between Tehran and Baku.

He added that Iran would use Azerbaijan’s experiences in sports and campaign against doping and also setting up rehabilitation clinic.

Rahimov said that Azerbaijan is ready to hold friendly matches.

The Azeri minister of sports had earlier paid a visit to Azadi Sport Complex on Monday.

Iran and Azerbaijan signed their first memorandum of undrestanding (MoU) on April 9, 2014.

The first executive plan was signed between the two sides on March 28, 2018.