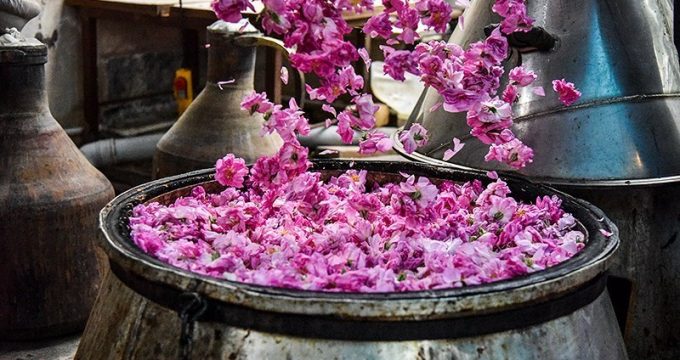 Financial Tribune – Atotal of 3,857 tons of rosewater worth $7.8 million were exported from Iran to 40 countries in the last Iranian year (March 2018-19), latest figures released by the Islamic Republic of Iran Customs Administration show.

The city of Kashan in Isfahan Province is the main hub of rosewater production in Iran.

Rosewater is the hydrosol portion of the distillate of rose petals, a byproduct of the production of rose oil for use in perfume. It is used to flavor food and tea, as a component in some cosmetic and medical preparations, and for religious purposes throughout Asia and Europe.