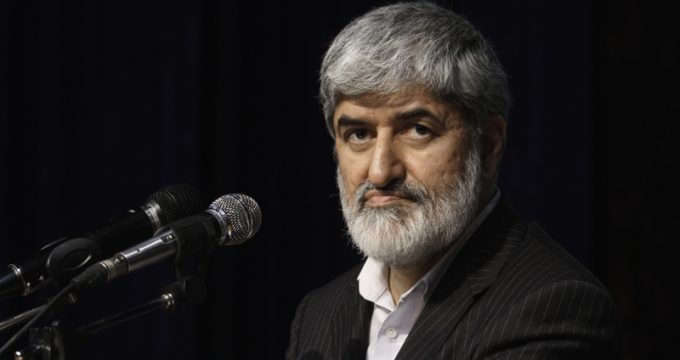 IRNA – Iran’s 60-day deadline is actually an ultimatum to the signatories of the Joint Comprehensive Plan of Action (JCPOA), especially the three European countries, said a senior lawmaker, Ali Motahari, on Sunday.

If Iran had made this move sooner, it wouldn’t have been so effective. The move made it clear for the world that Iran intends to keep the deal as far as possible and it also respected the signatories of the deal; but when it saw that its people are being deprived of their rights, it made this move, which was highly effective.

‘Iran will continue to resist with unity and finally the US will have to change its methods,’ Motahari, a member of the presiding board of Majlis, Iranian Parliament, told reporters on the sidelines of the parliament’s open session.

Answering a question about negotiating with the US, he said, ‘It is not a good time to negotiate, now.’

Motahari also said that the fact that US President Donald Trump is waiting for Iran to call him shows that the Iranians’ resistance and policy is working and Trump’s intention is negotiation and deal.

He added that Trump is hunting for a big deal to use at the next presidential elections as a trump card, which also shows that he is not after a war, rather they want to drag Iran into the negotiation table and consider that a triumph.

Negotiating can be in the interest of the country, when the country doesn’t retreat from its stances; if Iran intends to negotiate, it should choose a time that the talks won’t be considered a weakness and defeat for it, he said.

Regarding the US navy’s presence in the Persian Gulf, he said that such moves are mostly a psychological war; the US is not after a war.

Earlier, on Sunday, Motahari said that Tehran’s decision to suspend some of its JCPOA commitments shows that Iran is not in the weak position.

He added that Iran’s decision made some countries to criticize the US and made the US to negate itself: They sent an airplane carrier, then they beg Iran to call them.

Trump’s aim is pressure Iran to accept the US mastery like the period before revolution and to recognize the occupation of Palestine by the Zionist regime.

The US should know that its hegemony is on the fall and an Islamic pole is coming around and the future of the Middle East is in the hands of the Muslims; and the West should know that the Crusades are over and they have lost them and they shouldn’t try to revenge with occupying Palestine.