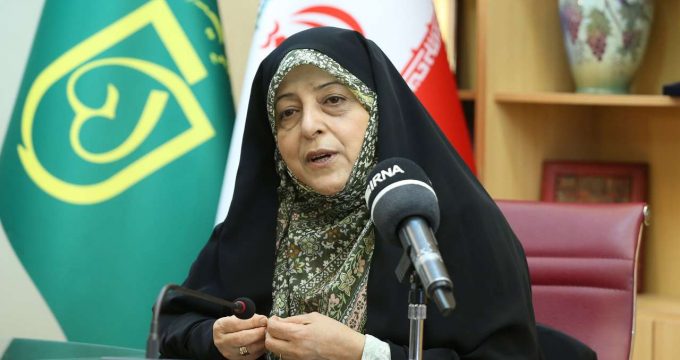 IRNA – The Vice President of Iran for Women and Family Affairs emphasized that in the current sensitive juncture, and given Iran’s patience, Tehran is calling for rational behavior by the European Union.

In her meeting here with Belgian Ambassador to Iran Veronque Pettit, Masoumeh Ebtekar pointed to the EU’s awareness of Iran’s commitment and patience on the issue of Joint Comprehensivre Plan of Action (JCPOA), and added, ‘The sanctions and economic pressures against the country are increasing stage by stage, and for this purpose we are dissatisfied with the failure of the EU to comply with its commitments.”

Recalling that the International Atomic Energy Agency (IAEA) has consistently endorsed Iran’s commitment, the high ranking official emphasized the importance of discussing security in the region and its impact on European security.

The VP said the sudden wave of immigrants in western Syria is an example of insecurity in the region.
Emphasizing that economic empowerment of women is one of the things that Iran and Belgium can cooperate on, Ebtekar highlighted the production of 75 percent of Iran’s handicrafts and 40 percent of the country’s agricultural production by the women, and conduct of joint research with the Sasakawi Peace Foundation of Japan in order to boost women’s entrepreneurship skills.

The Belgian Ambassador, for her part, referred to the need for a better understanding of the conditions in Iran, saying she will work to provide the conditions for the presence of a Belgian delegation in Iran to share experiences and get acquainted with the opportunities and achievements of Iranian women.