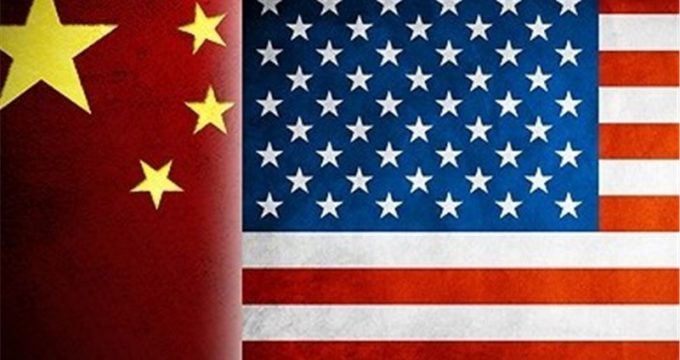 China hits back at US threats, vowing countermeasures

IRNA/Global Times – China on Wednesday night hit back at repeated threats by US officials to slap higher tariffs on billions of dollars’ worth of Chinese goods, vowing that it will take ‘necessary’ countermeasures if forced.

‘If the US side implements the tariff measures, the Chinese side will have no choice but to take necessary countermeasures,’ China’s Ministry of Commerce (MOFCOM) said in a statement, without elaborating on the specific measures.

The MOFCOM also expressed ‘deep regret’ at the US move to escalate the yearlong trade conflict, which, it said, ‘is not in the interests of the people of the two countries, as well as the world.’

The statement came just a couple of hours after media reports emerged about a move by the US to follow up on earlier threats from President Donald Trump and other US officials.

The US government on Wednesday morning filed a public notice on its federal register website, saying it would increase a 10 percent tariff on $200 billion worth of Chinese goods to 25 percent starting on Friday.

The latest exchange of threats between the world’s two biggest economies marked a serious escalation in the trade war, which until Sunday had shown signs of cooling as officials on both sides worked for a trade agreement. The drastic turn of events also left any prospect for a speedy trade deal elusive.

Despite threats from the US, China has exercised calm and restraint and decided to send a high-level negotiation team, led by Vice Premier Liu He, to Washington for a new round of talks on Thursday and Friday. It was not immediately clear when Liu would arrive in the US.

‘[China’s] seriousness about the negotiations is not a sign of weakness,’ said Bai Ming, deputy director of the Ministry of Commerce’s International Market Research Institute.

While the MOFCOM statement did not reveal countermeasures China would take, there are many tools at China’s disposal to inflict pain on the US economy, Chinese analysts said on Wednesday.

‘The most direct countermeasure would be to raise tariffs on US products,’ Bai told the Global Times, noting that there is still room for China to do so.

In responding to US tariffs, China has also slapped tariffs of 5 percent and 10 percent on a total of about $110 billion worth of US goods. And analysts said that China could increase those tariffs to 20 percent and 25 percent.

However, some Chinese analysts pointed out that China could also take other measures, since China has a massive trade surplus with the US and might be unable to catch up with the US in a tit-for-tat tariff war.

‘China has many countermeasures prepared for the further escalation of a trade war including increasing tariffs on US exported agricultural products, and adjusting the holding of US treasury bonds,’ Dong Shaopeng, a Beijing-based analyst who covers stock markets and macroeconomy, told the Global Times.

Mei Xinyu, a research fellow at a think tank affiliated with the Chinese Ministry of Commerce, also warned that China might take aim at US stocks and foreign exchange markets, one of the backbones of the US economy.

Mei also indicated that China should hit the US on other areas rather than focusing on tariffs on products. ‘We cannot let the other side decide the battleground and form of the trade war,’ he said.