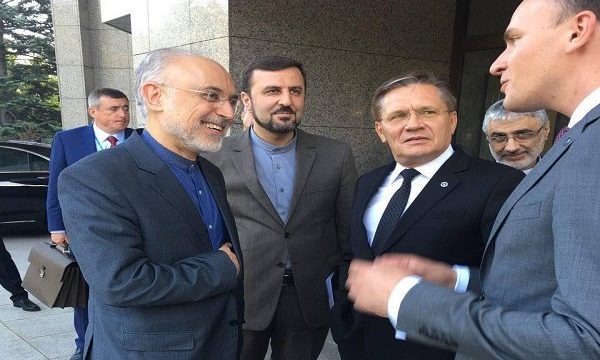 IRNA – The Chief Executive Officer of the Russian Nuclear energy company ‘Rosatom’ said the company is complying with its commitments under Iran nuclear deal known as the Joint Comprehensive Plan of Action (JCPOA).

Speaking to reporters, Alexey Likhachev elaborated on the impact of the recent developments as regard JCPOA on Russian nuclear plans, saying Russia has always been committed.

The two units will be constructed by Atomstroyexport.

Rosatom stylized as ROSATOM and also known as the Rosatom State Nuclear Energy Corporation is a Russian state corporation headquartered in Moscow that specializes in nuclear energy.

Established in 2007, the organization comprises more than 360 enterprises, including scientific research organizations, the nuclear weapons complex, and the world’s only nuclear icebreaker fleet.

Iran’s President Hassan Rouhani said on Wednesday that Iran will give a 60-day moratorium to the states parties to Joint Comprehensive Plan of Action (JCPOA) to remedy their breaches and restore Iran’s interests enshrined by the international deal.

Over the past year and after the US illegal withdrawal from Iran nuclear deal, also known as the Joint Comprehensive Plan of Action (JCPOA), and its breach of the UN Security Council Resolution 2231, the Islamic Republic of Iran has shown most of its self-restraint and has given considerable opportunity on requests made by other parties to JCPOA, the statement reads.

May 8 marks the first anniversary of the US unilateral withdrawal from the Iran Deal formally known as the JCPOA endorsed by United Nations Security Council Resolution 2231.