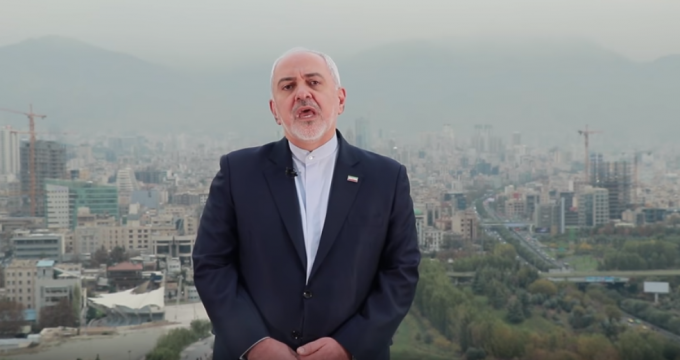 “EU statement today is why JCPOA is where it is: the US has bullied Europe—and rest of world—for a year and EU can only express ‘regret’,” the top diplomat tweeted on Thursday.

Zarif was referring to the nuclear deal signed between Iran and then P5+1 group of countries in July 2015, which is officially known as the Joint Comprehensive Plan of Action. The EU directed the negotiations that led to the agreement’s conclusion in 2015.

Earlier on Thursday, EU foreign policy chief Federica Mogherini and the foreign ministers of France, Germany, and the UK released a joint statement, saying, “We regret the re-imposition of sanctions by the United States following their withdrawal from the JCPOA” and said they would stay fully committed to “the preservation and full implementation” of the JCPOA, which they described as “a key achievement of the global nuclear non-proliferation architecture, which is in the security interest of all.”

The US returned the sanctions last year after unilaterally leaving a multi-party nuclear deal with Iran.

Zarif also criticized the European Union’s approach to US’s anti-Iran policy, saying that the bloc was demanding that Tehran unilaterally abide by a multilateral accord, which has already been abrogated by Washington.

As was the case with the joint statement, the EU and the European trio, which are also parties to the JCPOA, have, time and again, verbally condemned the US’s actions and pledged to keep the accord alive. The Islamic Republic has, however, complained to Europe for its failing to act on the support by protecting trade with the country in the face of the reinstated US bans.

The EU statement had also rejected an earlier decision by the Islamic Republic to suspend part of its commitment under the agreement.

On Wednesday, Iran informed the five remaining signatories to the 2015 nuclear deal of its decision to suspend the implementation of some of its commitments under the multinational agreement, exactly one year after the United States unilaterally abandoned the international document.

Iran said the move was aimed at reminding the nuclear deal’s other parties that responsibility for honoring the deal did not lie entirely on Tehran.

“Instead of demanding that Iran unilaterally abide by a multilateral accord, EU should uphold obligations – incl normalization of economic ties,” Zarif concluded.

Iran has warned that it has put a “step-by-step” withdrawal from the JCPOA on its agenda.

Iranian Deputy Foreign Minister for Political Affairs Abbas Araqchi said in an interview on Wednesday, “We have not left the JCPOA so far, but we have put such a move on our agenda and that would happen step-by-step.”

“No country can accuse Iran of breaching or leaving the nuclear deal,” the diplomat noted, adding that all the measures Tehran has adopted so far, including Wednesday’s move, has been within the deal’s framework.

EU, Mohammad Javad Zarif, US, US sanctions against Iran May 10, 2019
Are the US and Iran heading for war?
UK political director in Tehran for talks on JCPOA