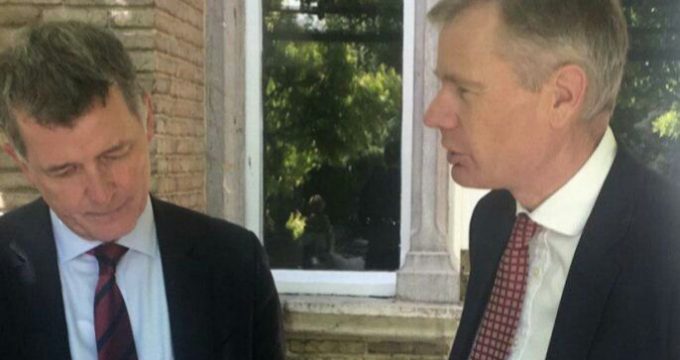 UK political director in Tehran for talks on JCPOA

IRNA – UK’s Political Director Richard Moore visited Tehran on Thursday in what the UK embassy in Tehran described as an ‘important visit’ for talks on Iran nuclear deal (JCPOA).

The UK will support the JCPOA, as long as Iran meets its nuclear commitments in full,’ the UK embassy said in its official twitter account.

It added that useful discussions on regional security, Yemen, Afghanistan, and bilateral issues have been made during Moore’s visit to Tehran.

Exactly one year after the US unilateral exit from the JCPOA, Iran’s President Hassan Rouhani said on Wednesday that Iran will give a 60-day moratorium to the states parties to the deal to remedy their breaches and restore Iran’s interests enshrined by the international accord.

He said that Iran will suspend selling its enriched uranium and heavy water during the two-month period.

If the European parties come back to the negotiating table and make compensations during the mentioned time Iran will return to the previous conditions; otherwise it will suspend two more commitments, the president added.