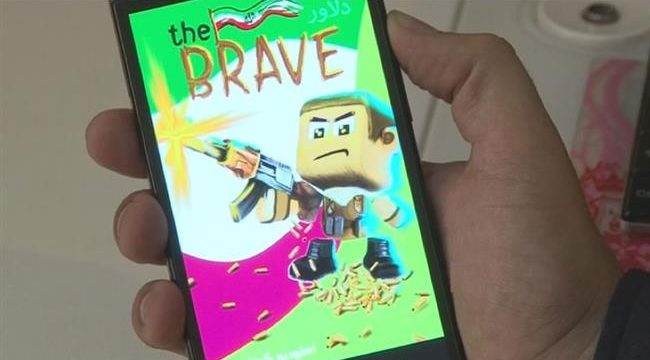 Which province, which mobile game, an interesting survey

Tehran Times – Yes, the place and ecosystem people live in, may affect the type of mobile game they download.

According to a recent report released by the Café Bazaar, an Iranian Android marketplace, about 65 percent of Iranians downloaded at least one game on their smartphones.

According to the report, about 24 million Iranian users have already installed mobile games on their cellphones and 6.5 percent of Iranians have more than ten games on their smartphones.

The Iranian single-player word game Amirza ranks first on the most installed games. While the foreign mobile strategy video game Clash of Clans and the brick breaker Swipe Brick Breaker follow it respectively.

The Iranian game Amirza, which includes 800 different stages of brain ladder games, category word and trivia with funny characters, is the most popular game amongst the users with over three million active installs.

Some 18.3 percent of users in central Isfahan province have installed Amirza on their smartphones, which brought them on the top of the list. On the other side, users in southeastern Sistan-Baluchestan province are on the bottom of list with 10.8 percent of Installs.

The Clash of Clan is mostly installed by the users in Sistan-Baluchestan province with 13.5 percent and only 7.1 percent of people in northern Mazandaran province have installed the game.

Citizens in Ardebil province in northwestern Iran rank first in installing Swipe Brick Breaker with 13.8 percent while only 1.8 percent of users in southwestern Bushehr province have installed the game.

According to the report, six million users have only install foreign games on their smartphones and the same number only install Iranian games.

Most of Yazd citizens install mobile games on their cellphones

About 69.1 percent of citizens living in the central province of Yazd have already installed one mobile game on their cellphones and grab the title for the most population of gamers in the country.

The western Ilam province is on the bottom of the list with 62.8 percent of users who installed video games on their phones.

But citizens living in Bushehr province is the most professional gamers of the country. About 0.6 percent of users in Bushehr have installed over 50 mobile games on their cellphones.

On the other hand, only 0.1 percent of users in northeastern Khorasan Razavi province have installed 50 games on their smartphones.

Education in north, excitement in south!

According to the reports, the people in the northern provinces, namely Gilan, Mazandaran and Golestan, mostly installed educational games in comparison with other parts of Iran.

As one of the most popular android markets in Iran, statistics may give some interesting clues for mobile game marketing nationwide.

The range and age of internet users in the country would be a key factor for assessing video games installing and playing. In December 2018, the deputy education minister for training Alireza Kazemi announced that in Iran, about 20 million internet users out of 56 million users are below 18.

Besides, according to a report released by the Measuring Information Society of Iran at the Information Technology Organization in January, 64 percent of Iranians above six years are internet users.

A survey was conducted at urban and rural areas during winter season of the Iranian calendar year 1396 (ended March 20, 2018) by the Statistical Center of Iran.

According to the survey, the internet user is defined as someone who has used internet during the past three months and by this definition 46,315,545 people are internet users in Iran.

According to the report, 72.8 percent of Iranian families have access to the internet, which means that 17,936,000 families benefit from internet nationwide.

According to a report compiled on the techjury.net from various sources about mobile gaming statistics, the number of active mobile gamers worldwide was 1638.4 billion!

Here you can find more interesting facts about this booming business worldwide:

* There are now 2.2 billion mobile gamers worldwide. 203 million of them are in the U.S. 56% of them play more than 10+ times a week. Mobile gaming growth is already a force to be reckoned with. With future development like AR coming to the mass customer, this trend shows no sign of slowing down.

* As of December 2018, Candy Crush generates only $1.1 million daily, while Fortnite shows off with $1.3 million. Pokemon Go tops the chart with its $1.4 million in daily profits. All three of them, however, have to watch out for 2019’s newcomers, such as “Harry Potter: Wizards Unite”. With a fanbase as huge as the Potterheads, this game is set to break some records.

* Only 37% of mobile gamers are men. Female gamers also play more often and are more willing to pay for games. That makes them more valuable than male players. What was thought to be a male kingdom turns out to be dominated by women.

Many claim smartphones are losing their popularity. Their predictions fall short once we see how mobile gaming is taking over the world. Numbers do speak louder than words.