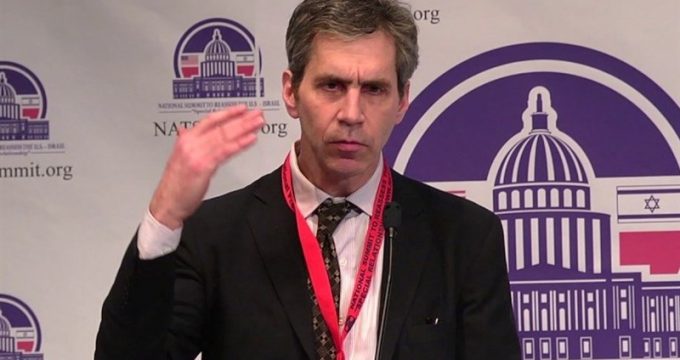 Trump not seeking war with Iran, trying to please Israeli lobby: US analyst

Tasnim – A senior American analyst and journalist said US President Donald Trump is not seeking war with Iran but is merely trying to please the Israeli lobby ahead of the 2020 presidential election.

“I don’t think there will be a war, though of course such intemperate and foolish moves as this risk that outcome. Trump does not want a war. He knows that would all but destroy his presidency for the 2020 election,” Philip Weiss, the founder and co-editor of Mondoweiss.net, told Tasnim when asked about Washington’s recent move to deploy a carrier strike group to the Middle East in a “message” to Iran.

On Sunday night, the White House made an announcement that the USS Abraham Lincoln and a bomber task force were being deployed in response to unspecified “troubling and escalatory indications and warnings.”

A statement from National Security Adviser John Bolton said the deployments were intended “to send a clear and unmistakable message to Iran that any attack on United States interests or on those of our allies will be met with unrelenting force.”

Weiss added, “He (Trump) is merely trying to please the Israel lobby in US politics. He needs them for the 2020 race. He needs Sheldon Adelson’s money. And other older Israel supporters who take Netanyahu at his word. This is all performance by Trump.

“Though his administration is now loaded with foolish neoconservatives, Trump will hold off on any real belligerence, I believe. Though again, this is foolhardy behavior.”

Weiss further said the US press is not being skeptical enough, that is also a danger, though the Democratic opposition is being outspoken on these plans, and that is a good thing.

“Many Democratic candidates have promised to restore the US participating in the Iran deal, too. We all hope cooler heads will prevail, and soon,” he said.