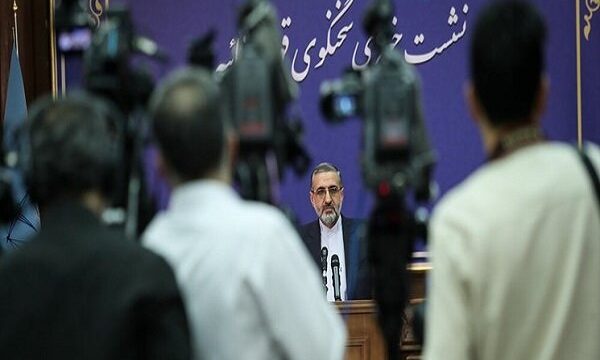 MNA – The new Judiciary Spokesman Gholamhossein Esmaeeli explained about the last conditions of Nazanin Zaghari-Ratcliffe’s dossier in a news conference on Tuesday.

As he informed, no talks have been recently held about swap of Zaghari-Ratcliffewith an Iranian prisoner with UK.

“She has been sentenced in one case and is in jail going through her sentence,” he said, “She is awaiting another upcoming trial on other charges,” he added.

Zaghari-Ratcliffe is a convict being held in Iranian prisons for security offenses.

Iranian Intelligence authorities arrested Zaghari at the Imam Khomeini International Airport on April 3, 2016, on her way to London where she has been residing after visiting her parents in Tehran.

The 39-year-old was arrested after it became clear that she had run an illegal course to recruit and train people for the Persian service of the BBC, which is a major party to the “soft war” being waged by the West against Tehran, according to Iranian officials.

Zaghari-Ratcliffe had initially been sentenced to five years in jail on charges relating to national security, but authorities later opened her case and tried her on additional charges based on new evidence including a BBC paycheck and contents of her personal email.