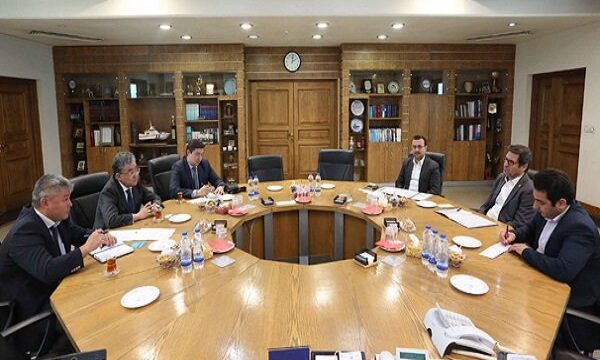 MNA – Ambassador of Kazakhstan to Iran and Iranian deputy minister of roads and urban development emphasized on the expansion of shipping and transit cooperation and promoting maritime relations between the two countries, in a meeting on Tuesday.

In this meeting held in Tehran, the Iranian deputy minister Mohammad Rastad, said that Kazakhstan has expressed interest in promoting economic relations with Iran, emphasizing that the strengthening of bilateral cooperation in various fields are essential for the national interests of the two countries.

Rastad, who is also the managing director of Ports and Maritime Organization (PMO), welcomed the presence and investments of Kazakh companies in the ports of Iran, and referred to a recent shipping agreement between the two countries saying, “implementation of this agreement is a good opportunity to develop maritime and port relations.”

Kazakhstan’s Ambassador Askhat Orazbai noted that Iran and Kazakhstan have great potentials to reinforce trade and economic relations, in particular maritime and port cooperation, which should be used by the two sides for the benefit of the two nations.

Emphasizing on his country’s interest in investment and cooperation in the Iranian ports, Orazbai pointed to his visits to Amirabad, Shahid Rajaee and Chabahar ports, and said: “Certainly, we will prioritize expert reviews and studies on taking advantage of the opportunities in the ports.”