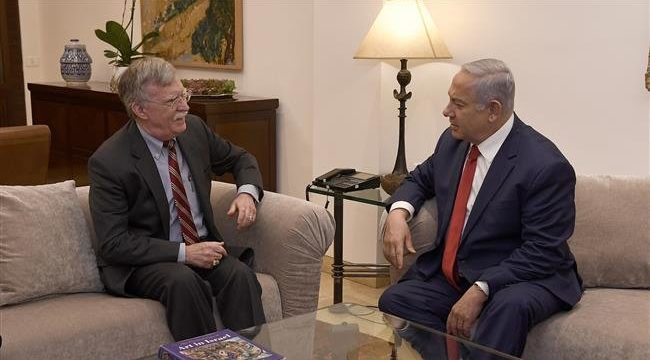 US regional unpopularity cause of safety not Iran: Zarif tweets

Unpopularity in the Middle East is the cause of U.S. safety concerns, not Iran, Iranian Foreign Minister Mohammad Javad Zarif said on Twitter on Tuesday, after Washington said it was sending a carrier strike group and bombers to the region.

Leader of the Islamic Revolution Ayatollah Seyed Ali Khamenei said the wave of Islamic Awakening in a number of Muslim countries was weakened because those nations relied on the US and the Zionist regime of Israel.

Commander of the Islamic Revolution Guards Corps (IRGC) Major General Hossein Salami said on Tuesday that the IRGC is resolute to give the country’s enemies an unforgettable lesson.

The spokesman for Iran’s Supreme National Security Council (SNSC) hit back at US National Security Adviser John Bolton over his remarks against the Islamic Republic, saying he lacks “military and security understanding”.

US ‘unable, unwilling’ to wage war on Iran: Cmdr. Dehghan

A military aide to the Iranian Leader said that US is both ‘unable’ and ‘unwilling’ to wage a military war against Iran and dragging the Middle East region into crisis.

A UN rights expert has slammed unilateral US sanctions against Iran, Cuba and Venezuela, saying the use of economic measures for political purposes violates human rights and international law.

Iraq’s Power Minister Luay al-Khateeb has said in response to US demand to cut oil and gas imports from Iran that his country will need them for at least three years.

Presidential spokesman and adviser Ibrahim Kalin told a news conference he could not be certain that the waivers would be allowed. But, he said Turkey had made a case which should be heeded.