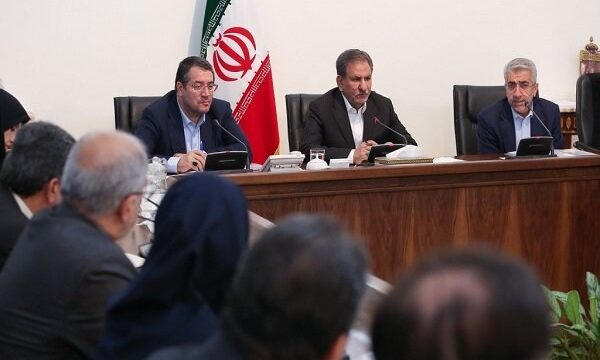 MNA – First Vice President Es’hagh Jahangiri said that promotion of export of non-oil commodities is the main priority of the country.

Exports promotion of goods and services is the main and vital priority of the country, he said, adding, “promoting exports is the most important driving force of production boom.”

Speaking in the meeting of Supreme Council of Non-Oil Exports Promotion on Monday, he stated, “capability of exporting products, goods and services to the regional and international markets is one of the salient indicators behind success and progress of countries.”

Jahangiri pointed to the significance of export of non-oil products in the current year (started March 21, 2019) and emphasized, “promotion of export of goods and services is the main and vital priority of the country, so that economic enterprises and executives of industrial and production firms should take this issue into consideration.”

He pointed to the significance of neighboring countries and target markets in the promotion of trade and taking advantage of capacity of neighboring countries to increase exports and called on the Ministry of Industry, Mine and Trade to use high capabilities and potentials of Iran Chamber of Commerce in order to compile necessary strategies for the removal of exports barriers and facilitate trade exchanges.

The Ministry of Industry, Mine and Trade is tasked with promoting exports, Jahangiri added.