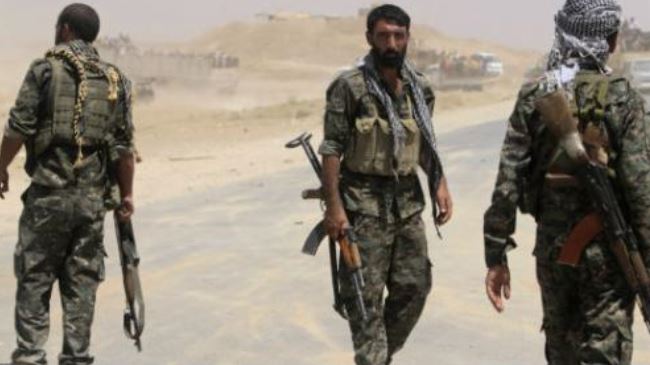 Alwaght – While disagreements between the US President Donald Trump and the European leaders over a set of issues are already huge, these days a dispute over ISIS terrorist group has found its way to their divisive cases.

Since February, the White House insisted that the European countries should take back the ISIS militants captured in Syria. The past few weeks witnessed renewed calls by the US administration.

In a recent pressure on the EU, the US president in a Twitter post criticized the European delay of taking back ISIS terrorists.

“We have 1,800 ISIS Prisoners taken hostage in our final battles to destroy 100% of the Caliphate in Syria. Decisions are now being made as to what to do with these dangerous prisoners,” Trump wrote in a pair of tweets, adding: “European countries are not helping at all, even though this was very much done for their benefit. They are refusing to take back prisoners from their specific countries. Not good!.”

In February, the American leader called on Britain, France, and other European allies to accept and try hundreds of ISIS militants who were European citizens and captured during the fighting for Raqqa and other Syrian regions. He even threatened to release the terrorists if their home countries decline to accept them.

“The United States is asking Britain, France, Germany, and other European allies to take back over 800 ISIS fighters that we captured in Syria and put them on trial,” Trump tweeted. “The alternative is not a good one in that we will be forced to release them”, he warned.

But why is Trump pressing Europe under the guise of accepting ISIS militiamen?

Trump is very much known as a man of tweets and propaganda. He is interested in playing as the spearhead of the developments. Now his gesture in the face of Europe is not unrelated to his propagandistic behavior.

Trump has stepped up pressure against the European allies in a time ISIS has been defeated in Syria mainly because he seeks to advertise the US as the key actor in Syria and the leading factor in ISIS obliteration. Trump, in fact, wants to as soon as possible announce himself the only man having the credit of destroying the terrorist group 100 percent.

But the fact is that the Russian-Iranian-Syrian alliance has played the main role in destruction of ISIS terrorist group. Not only the US role was trivial but also ISIS received part of arms and logistical support from the Syria-based American forces. So, a large part of the anti-EU pressure falls under a broader propagandistic arrangement by the US president.

Playing the game in northern Syria

Another part of the call to take ISIS prisoners is linked to a demand made by the Kurdish forces in the north.

The Kurds are struggling to use the last available bargaining card to press for a new coalition in their support. This card is the European and American ISIS militants currently held by the Kurdish groups.

A few months ago, the Kurds warned that due to a shortage of necessary facilities the captured ISIS militants may flee the prisons. As Trump put it, the destination of choice for these prisoners in case of escape is Europe.

The Kurds issued two demands and a warning simultaneously: They called on the European states to admit nearly 1,000 ISIS members as well as about 5,000 women and children of them. Also, they demanded European forces dispatch on the Syrian-Turkish borders to protect them against the Turkish military operations.

Here is their threat: If EU leaders decide to ignore the demands, they will release them, which means a new threat to the European territories.

Albeit, some Kurdish leaders, including Ilham Ahmad, the co-chair of the Executive committee of the joint Arab-Kurdish Syrian Democratic Council, claim they do not want to intentionally release the captives. However, some officials like Kino Gabriel, the spokesman for the Syrian Democratic Forces (SDF) have warned that the Kurds were short of logistical and military facilities required to hold thousands of ISIS members and the European countries should take them.

The Kurds’ anti-European pressure for accepting the ISIS militants is of weight and unavoidable in the recent Washington-Brussels row.

Kurdish demand from Europeans to accept ISIS members carries signs of the US concerns. In fact, part of the US insistence on Europe to take back the captives that follows the Kurdish demands stems from worries about the future status of the north.

Washington leaders are concerned that if the Europeans fail to meet Kurd’s demands and avoid to send forces to the border regions with Turkey, the Kurds may tend to an alliance with the central Syrian government to provide their security, realize interests, and receive protection against the Turkish military threats. That is the reason the White House puts strains on the EU to agree to receive ISIS prisoners and send forces to northern Syria to close the door to possible Kurdish closeness to the government of President Bashar al-Assad.

So far, the Europeans negatively responded to the calls, and they do not seem to have any plan to send forces to the Syrian-Turkish borders. This allows for Kurds’ moving towards boost of ties with Damascus, something the White House leaders are severely afraid of, and are expected to do their best to prevent a marriage of Kurds-Assad camps.