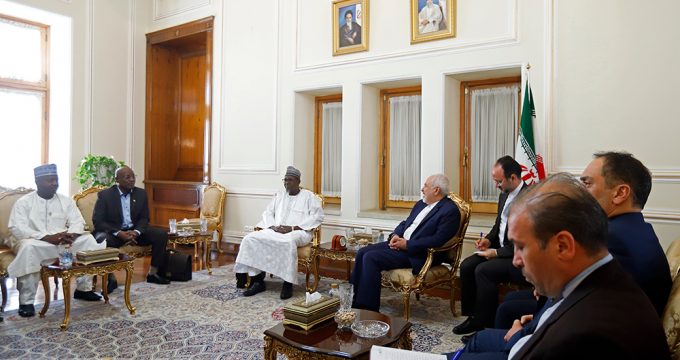 Zarif made the remarks in a meeting with visiting vice-president of Niger’s National Assembly on Monday in Tehran.

During the meeting, Zarif noted the significance of having close relations with African countries for Iran’s foreign policy, saying there are ample opportunities for further expansion of cooperation between the two sides, which necessitates more efforts from the respective governments and parliaments to make it happen.

The Nigerian official, for his part, voiced sympathy with families of the victims of the recent floods in Iran.

Iran-Nigeria ties, Mohammad Javad Zarif May 6, 2019
Fire at oil pipeline in southwest Iran under control- Tasnim
India in talks with another bank to continue coop. with Iranian traders