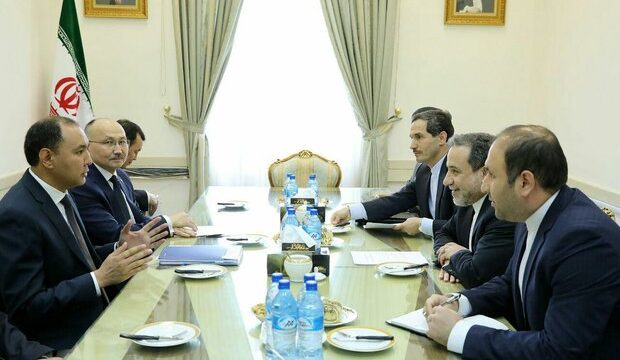 MNA – The fourth round of political consultations between Iran and Kyrgyzstan was held in Tehran on Saturday in a meeting attended by the deputy foreign ministers of the two countries.

During the meeting, Iran’s Deputy Foreign Minister for Political Affairs Seyyed Abbas Araghchi and his Kyrgyz counterpart Nuran Niyazaliyev discussed a wide gamut of issues and the ways to expand mutual cooperation.

They also agreed to schedule several visits by the two countries’ high-ranking officials in near future.

The Iranian and Kyrgyz deputies also highlighted the need for implementing agreements signed earlier and called for making use of all capacities and regional mechanisms for increasing trade between the two countries.

Boosting other fields of cooperation, including transportation, visa issuance and establishing direct flights between Tehran and Bishkek were also discussed during the meeting.