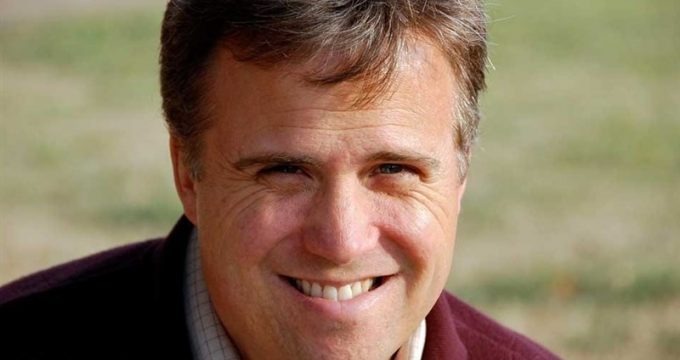 Nations need to block US sanctions on Iran: Nobel nominee

Tasnim – A prominent American author, who is a five-time Nobel Peace Prize nominee, deplored recent “criminal” moves by the US government to increase economic sanctions on Iran and said the world should block Washington’s embargoes.

“Obviously the people of the United States need to demand an end to criminal and immoral collective punishment of an entire population — understanding that ‘punishment’ here does not imply guilt,” David Swanson, who is based in Virginia, said in an interview with the Tasnim News Agency.

“…The nations of the world need to reject this US aggression,” he said, adding, “The United Nations needs to block sanctions and wars on Iran, Venezuela, and everywhere else.”

David Swanson is an author, activist, journalist, and radio host. He is executive director of WorldBeyondWar.org and campaign coordinator for RootsAction.org. Swanson’s books include War Is A Lie and When the World Outlawed War. He blogs at DavidSwanson.org and WarIsACrime.org. He hosts Talk Nation Radio. He is a 2015, 2016, 2017, 2018, 2019 Nobel Peace Prize Nominee. Swanson was awarded the 2018 Peace Prize by the US Peace Memorial Foundation.

Tasnim: On Friday, US President Donald Trump’s administration renewed five of seven sanctions waivers that allow Russia and European nations to conduct civilian nuclear cooperation with Iran but revoked the other two as part of its pressure campaign against Tehran, according to the US State Department. Washington also stopped issuing waivers to buy Iranian crude oil on Thursday. Before the US moves, Iranian officials, including Foreign Minister Mohammad Javad Zarif and Chief of Staff of the Iranian Armed Forces Major General Mohammad Hossein Baqeri, had warned against their consequences. What is your assessment of the developments and how do you think about Iran’s possible reaction to the US decision?

Swanson: Obviously the people of the United States need to demand an end to criminal and immoral collective punishment of an entire population — understanding that “punishment” here does not imply guilt.

Obviously the nations of the world need to reject this US aggression. But it really doesn’t matter who burns that oil or who profits from it — in any event it kills us all by destroying the earth’s climate.

So, the world needs to provide Iran (and everywhere else) with clean sustainable energy, and reparations, and equal rights.

Tasnim: As you know, Zarif was recently in the US. In multiple interviews with US media outlets and a roundtable with reporters in New York last week, he made the case that a group dubbed “the B-Team” was goading the US toward conflict with Iran, not Trump. The B-team is a group of advisers and foreign leaders whose names share the same letter: National Security Adviser John Bolton, Israel’s Prime Minister Benjamin “Bibi” Netanyahu, Saudi Arabia’s de facto leader Crown Prince Mohammed bin Salman (MBS), and the Crown Prince of Abu Dhabi Mohammed bin Zayed Al Nahyan (MBZ). What is your take on Zarif’s remarks? How do you assess the message of his trip to the US?

Swanson: Yes, eager warmongers are pushing Trump for war. But he appointed his team of US warmongers — the very worst ones he could find. And he is responsible for what they do or do not do. The United States has a single executive and a system for holding that person accountable called impeachment. It also has a cowardly and corrupt Congress that will not use that system — or will pervert it for the purpose of advancing lies about Russia, which will backfire, thereby in the end, protecting Trump rather than holding him accountable. The United Nations needs to block sanctions and wars on Iran, Venezuela, and everywhere else.

Tasnim: Zarif recently said he plans to visit North Korea in the near future. What do you think about possible objectives behind his trip and do you think that it would have links with his recent trip to the US?

Swanson: I think it should be done very carefully and be very well thought out, because something dramatic will be needed to counter the predictable childish propaganda in the United States which will declare Iran and North Korea guilty of having met with North Korea and Iran, respectively.

David Swanson, US hostility toward Iran, US sanctions against Iran May 5, 2019
Enemy aims to create social tension in Iran: Interior min.
US to extend waivers on trade with Iran only in return for deal with Exxon Mobil