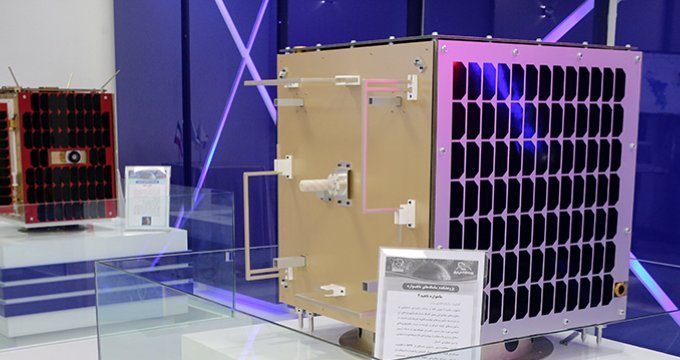 ‘Payam 2’ development project to start by late May: ISA chief

MNA – The experts at the Tehran-based Amirkabir University of Technology will start the development project of a telecommunication satellite dubbed ‘Payam 2’ by late May, a senior official said.

Head of the Iranian Space Agency (ISA) Morteza Barari said on Saturday that three development plans for building ‘Payam 2’ are being reviewed and the production operation will commence within three weeks, once the best plan is selected.

Building the device will take up to four years, he added.

The move comes after an earlier version of the satellite, dubbed ‘Payam’, was successfully launched into space in January, but the technical problems that occurred during the final stage of the launch prevented the spacecraft from reaching orbit.

Payam (meaning ‘message’ in Persian) was designed and developed by experts of Amirkabir University of Technology to carry out imagery and telecommunication missions. It was aimed to orbit the Earth at an altitude of 500 kilometers to take surveying images at high resolutions.

Right after the unsuccessful launch, Minister of Communications and Information Technology Mohammad Javad Azari Jahromi promised that domestic scientists would continue their hard work to start the work on developing Payam 2 in near future.

According to Barari, Iran is among the nine superior states in building satellites beside the US, Russia, Europe and Canada.

Iran has successfully launched other satellites into orbit with the country’s Safir-1, Safir-1A and Safir-1B rockets.

The satellites made in Iran so far have been remote sensing satellites, while the efforts for producing local telecoms satellites began three years ago.