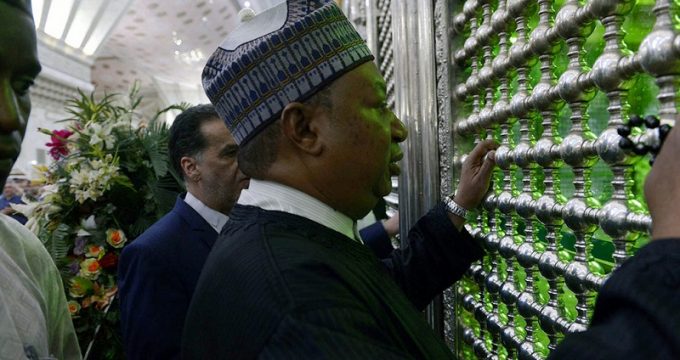 He and his team attended Imam Khomeini’s mausoleum in south of Tehran and laid wreath of flowers on his tomb to pry tribute to his lofty status.

OPEC secretary general arrived in Tehran on Thursday and attended in a meeting on the sidelines of the 24th International Oil Exhibition.

Earlier after a meeting with Oil Minister Bijan Zanganeh he said that unilateral measures to cut Iranian oil exports to zero will not produce the results desired by the Trump White House.

‘It is impossible to eliminate Iranian oil from the global market,’ the Nigerian diplomat added.