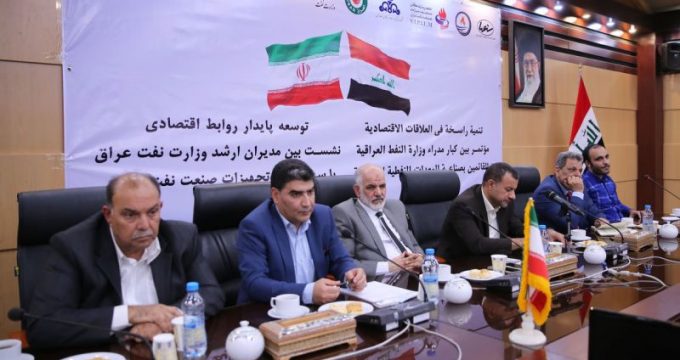 IRNA – National Iranian Oil Company (NIOC) will open an office in Iraq with the purpose of easing Iranian manufacturers activities in the oil-rich country.

For the first time, a meeting was held between Iraqi senior oil officials and their Iranian counterparts on the sidelines of the 24th International Oil, Gas, Refining and Petrochemical Exhibition underway in Tehran.

Qalambor Dezfouli said that the meeting reviewed the ways to interconnect Iranian manufacturer with the oil industry of Iraq.
He said that the plan for opening an office was a step forward to develop partnership with the Iraqi private sector and that it was on the agenda over the past three years.

The Iraqi official said on the sidelines of the meeting that because of the shared oil and gas fields, the two countries should broaden their cooperation in the industry.

He also emphasized the significance of high-quality products of Iranian manufacturers to Iraq’s oil industry, adding that Baghdad is eager to increase the level of cooperation with Iran on oil and gas.

The 24th International Oil, Gas, Refining and Petrochemical Exhibition (May 1-4) is underway in Tehran with representatives from 21 countries.