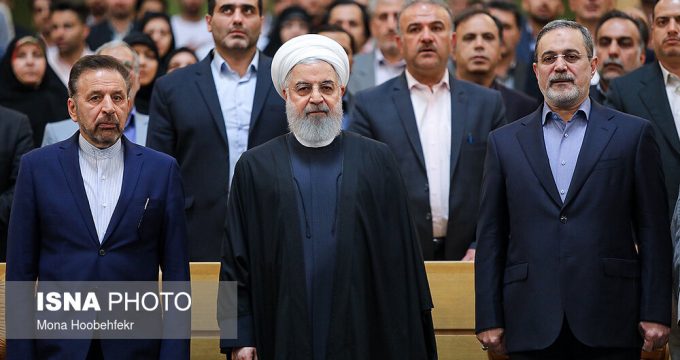 Iran’s coverage: President ​​​​​​​Rouhani calls for unity and resistance in face of ‘US war on hope’ and sanctions

Iranian President Hassan Rouhani on Saturday called for the country to “resist and unite” against US pressure in what he called a “war on hope” waged against the Islamic republic.

US extends nuclear waivers for Iran, but with limits

The Trump administration is extending waivers that allow countries signed up to the Iran nuclear deal to participate in civil nuclear projects with Tehran, but it’s tightening the terms in an effort to increase pressure on the Iranian regime.

National Iranian Oil Company (NIOC) will open an office in Iraq with the purpose of easing Iranian manufacturers activities in the oil-rich country.

Iran urges Europe to compensate for US sanctions’ damage

Iran’s Permanent Representative to the United Nations Majid Takht-e Ravanchi said that political support of European signatories of JCPOA (Joint Comprehensive Plan of Action) is not enough and they should compensate for the damages inflicted on Iran by US sanctions.

Iran-Iraq close ties a thorn in eyes of US, Israel: Commander

Commander of the Islamic Revolution Guards Corps (IRGC) Aerospace Force Brigadier General Amir Ali Hajizadeh said the close relations between Iran and Iraq have become “a thorn in the eyes” of the US and Israeli regimes as well as some reactionary states in the region.

Iran urges Bahrain to ‘know its place’ before making threats

Iran’s Foreign Ministry spokesman has downplayed the Bahraini foreign minister’s claim that Iran will not be allowed to close the Strait of Hormuz “even for a single day”, urging the Manama regime to “know its place” before making threats.

The Iranian Defense Minister lauded the Islamic Revolution Guards Corps (IRGC) as the forerunner in the fight against terrorism in the Middle East.

Iran to continue nuclear enrichment despite US move-parliament speaker

Iran will continue uranium enrichment under its nuclear deal with world powers, Iranian parliament speaker Ali Larijani was quoted as saying on Saturday, despite a U.S. move to stop it.