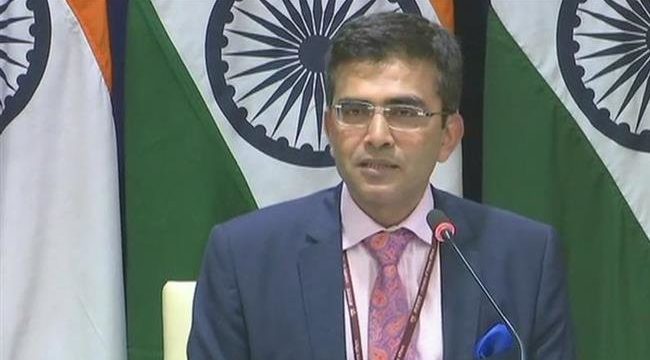 India ready to deal with impact of US sanctions on Iran

Reuters – India is ready to deal with the impact of U.S. sanctions against Iran and will get extra supplies from other oil producing countries to compensate for loss of Iranian oil, foreign ministry spokesman Raveesh Kumar told a news conference on Thursday.

India was Iran’s top oil client after China. However, New Delhi has stopped purchases of Iranian oil from May after the United States ended six months of waiver that had allowed OPEC member Iran’s eight top customers including India to import limited volumes. (Reporting by Nidhi Verma; Editing by Subhranshu Sahu)

Iran oil exports to India, Raveesh Kumar, US sanctions against Iran May 3, 2019
Iran strongly condemns US coup efforts in Venezuela
Zarif: Iran will never submit to US pressures