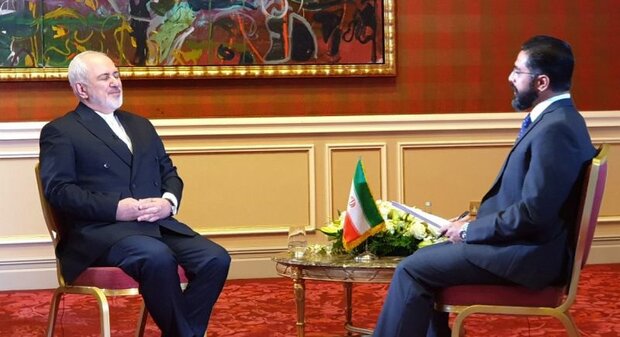 Zarif to Al Jazeera: You won’t find a single Iranian choosing to submit to US

MNA – Iranian Foreign Minister Mohammad Javad Zarif told Al Jazeera that not a single Iranian would ever choose to submit to the US pressure.

According to the Public and Media Diplomacy Center of the Iranian Foreign Ministry, Mohammad Javad Zarif said in an interview with Doha-based Al Jazeera television news channel that “you won’t find one single Iranian who would choose to submit to the US.”

He was interviewed by Al Jazeera during his stay in the Qatari capital for the 16th Foreign Ministers’ Meeting of the Asia Cooperation Dialogue on Wednesday.

The interview covered topics on Iran and US relations, Iran oil exports, the Persian Gulf and the Strait of Hormuz, sanctions and the US economic terrorism, B-team conspiracies, Iran’s regional relations, ties with Saudi Arabia, Yemeni crisis, Iran’s regional influence, fighting terrorism and a host of other issues.

The interview will air on Al Jazeera channel soon.