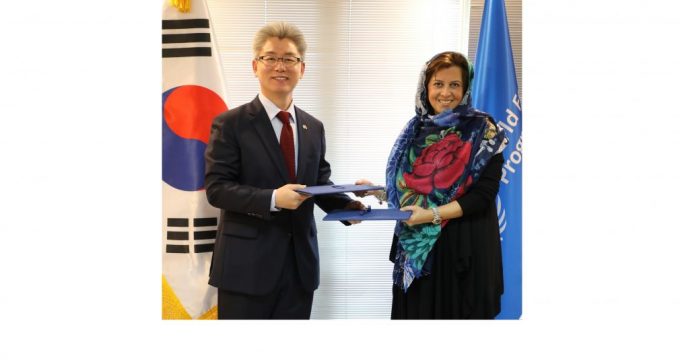 United Nations Iran – The United Nations World Food Programme (WFP) welcomes a US$2 million contribution from the Republic of Korea to support over the coming two years 30,000 of the most vulnerable Afghan refugees living in settlements in the Islamic Republic of Iran.

“We’re grateful to the Government and people of Korea for their continued generosity towards refugees in Iran,” said WFP Representative in Iran, Negar Gerami. “The Republic of Korea remains WFP’s top donor in Iran having contributed US$9.6 million to our operations since 2014.”

WFP plans to use the funds to create income-generating opportunities for vulnerable Afghans living inside and outside of settlements. WFP will provide refugee men and women with the technical and vocational training they need to start small businesses. They will receive start-up capital after completing their training.

Those who already have the necessary skills will receive either WFP cash transfers or equipment to help them start up a small business such as carpet and kilim weaving, embroidery, tailoring and other handicrafts.

“It is my great pleasure to be able to make this contribution to the meaningful project of ‘Income generation for Afghan refugees in the Islamic Republic of Iran’ through WFP, continuing our close partnership throughout the last six years. I hope that this project will also facilitate the betterment of living standards of the Afghan refugees by creating income opportunities for the large number of Refugees in Iran. I’d like to reaffirm that the Korean Government’s firm commitment to provide humanitarian assistance in the future as well.” Said Mr. Ryu Jeong-Hyun, Ambassador of the Republic of Korea to Iran.

WFP has been providing assistance to refugees in Iran since the arrival of the first asylum seekers from Afghanistan and Iraq in the late 1980s.