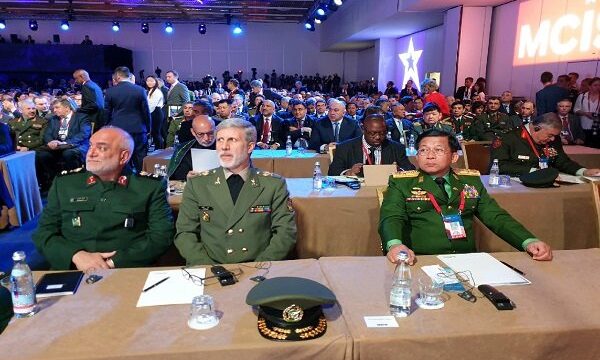 Alwaght – On Tuesday, the Eighth Moscow Security Conference started in the Russian capital. Dubbed the Russian version of Munich Security Conference, the event was attended by representatives from over 100 countries at Radisson Blu hotel. The three-day meeting was held while the world and West Asia region are going through fresh developments. The global powers have intensified their competition in the significant parts of the world, the Russian-Western relations are at their lowest level in the post-Cold War period, the common threats like terrorism and drugs smuggling are increasing, and the US unilateralism is challenging the world stability.

Over the past few years, Russia has tried to present itself as the most important non-NATO player in the new global order. By holding the security conference and inviting influential state and none-state figures, the Russian leaders seek to build new international security convergence.

Moscow hosted its first security conference in 2012. The conference aimed at realizing the security interests of Russia and the European countries. It was initiated on the basis of the fight against drugs smuggling into Russia and Europe. The second conference’s theme was about guarantees for European security. Due to the Russian role in the global and regional security, the event began to take the title of a forerunner on global security dialogue.

This encouraged Moscow to expand its role to broader security-related issues. At the third conference, held in 2014, such cases as the Arab uprisings, Afghanistan stability, Eurasia and Caucasus security were discussed. The third conference especially hosted the Shanghai Cooperation Organization’s member states.

Russia’s military intervention in the Syrian war against terrorism automatically led to the domination of the fifth conference by the Syrian war agenda. In 2016, the meeting gained even further importance, with its attendees jumping from 300 to 500. To create an important room for the countries to involve, Moscow held its seventh security conference with the theme of taking the initiative against terrorism. As reports emerged that the US was relocating the ISIS terrorists from Syria and Iraq to Afghanistan, Moscow brought to the head of the meeting agenda growing risks of terrorism in Afghanistan at the seventh conference.

The eighth summit was the most crowded event among its predecessors. Over 850 participants and military delegations from 11 countries and representatives from 9 international organizations have taken part in the event. The United Nations Secretary-General Antonio Guterres, as well as the head of the Organization for Security and Cooperation in Europe Thomas Greminger, were among the participants. This year’s meeting has mainly focused on terrorism and the developments in Central Asia, West Asia, and Oceania.

A set of issues give the eighth meeting special significance. Last year, Trump announced an intention to pull out parts of his forces from Syria and Afghanistan. The announcement gave rise to some worries inside Iraq, Syria, and Afghanistan. But at the same time strengthened the optimism about regional security boost through the participation of the regional actors. Additionally, the US suspended its membership in the Intermediate-Range Nuclear Forces treaty (INF), an accord signed between the US and the Soviet Union in 1987. The measure drew reactions by world powers, on top of them Russia and China. On the other hand, the global crisis points are shifting to Libya and Afghanistan. Moreover, despite his promises of ending the Korean Peninsula crisis, the US president does not seem to be interested to end the stalemate with North Korea over its missiles and nuclear weapons. He, on the other hand, presses toward Palestine-related “deal of the century” and the Arab NATO project. All these give the security challenge a new face. In the middle of these all, one function the Moscow meeting could have is offering solutions to deal with the security issues.

In a message to the conference, President Vladimir Putin of Russia said the global military structure established during the Cold War is now obsolete. He added that the US behavior undermines global stability and poses a threat to global security. Russia’s Defense Minister Sergey Shoygu lashed out at Washington for disrespect to the international agreements, like the INF. The Russian Chief of General Staff Valery Gerasimov criticized last year’s US war games in Norway, saying that such moves only stir arms race.

In addition to the Eurasian security, Russia over the past few years has shown serious interest in attention to North African security. The Russian Security Council’s head Nikolai Patrushev said Moscow was observing growing volatility in North Africa. He noted that some foreign players try to review the balance of power in that region.

What are the conference’s influences?

At the eight Moscow conference, the Western-Russian division over explanation of security concept has broadened. For example, the Russian defense minister said that NATO was expanding its borders and trying to antagonize Russia. He had said that Washington and the NATO were deploying missile systems in Europe and elsewhere to confront Moscow and Beijing.

The insecurity in Afghanistan is buying up convergence among the three powers of China, Russia, and India. The three countries had an active presence at the gathering. The growing embracement of the Moscow Security Conference, the Russian and Chinese role in the future of Afghanistan as a terrorism hot spot, and Trump’s aggressive policies that endanger the global security cause Moscow event, and similar events, to introduce and promote a new security bloc other than that dominated by the Western powers.