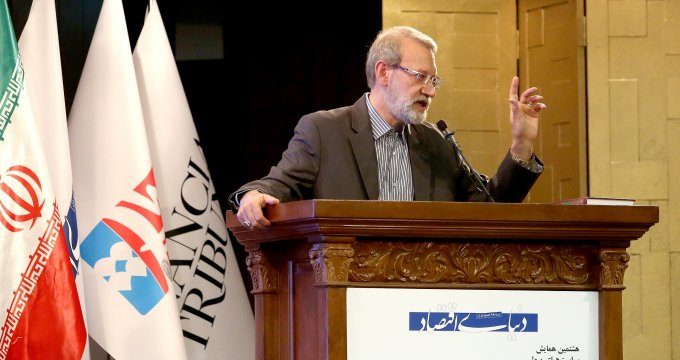 Financial Tribune | Payam Khaledian: The 8th Conference on Monetary Policies and Banking & Production Challenges was held Monday to explore the root causes of the lingering economic challenges in Iran.

The event was organized by Donya-e-Eqtesad Media Group —  the parent company of Financial Tribune, at Rayzan International Conference Center in northeast Tehran.

Almost all speakers including senior state and government officials were unanimous in their observation that the economy is saddled with extensive government domination, systemic government disregard for advice and proposals by prominent economists and last but not the least, the highly centralized decision-making process.

Masoud Nili, a known economist and a former senior aide  to President Hassan Rouhani borrowed from  economic data during the past half century to show that the problems visiting the domestic economy are not something of the recent past.

He criticized the gulf between experts and the ruling establishment, saying the economic system of Iran is “too costly” because it has been involved in an unending  and vicious cycle of trial and error.

“Testing and implementing assorted economic principles,  the country now has a wealth of experience that can and should be summarized into a discourse,” he said.

The outcome of this discourse should be that the economy is run by the private sector, and once that happens they should do away with political orientations, he added.

“Despite this crucial need, the ground  reality is that the government remains in charge of the economy,” he rued.

Another major drawback of a government-controlled economy is its visible inattention to the balance between income and expenditure. “The government usually is guided more by need rather than concerns about balancing” its books.

The economy has long suffered from the absence of a constructive interaction between private enterprise and public sectors plus with the world, the respected economist told the meeting.

He said a workable solution can be found if false notions and presumptions, which have taken hold over time, are set aside by politicians and policymakers.

As for one assumption, he pointed to the false notion in state and government corridors that “Inasmuch as the private sector gets bigger and stronger to the same extent the government becomes weaker.”

Politicians and policy – and decision makers are also obsessed with the ideas that claim interaction with the outside world is not in conformity with the principle of sovereignty and independence, Nilli told the meeting.

Majlis Speaker Ali Larijani in his address confirmed that some major problems the economy is afflicted with are “ingrained in the system” and the causes should be found on the cultural landscape.

He rejected claims that a heavier private sector translates into a weaker government but acknowledged  that due to dominant left-leaning orientations, both before and after the 1979 Islamic Revolution, the economy had become a function of the government.

He pointed to the implementation of Article 44 of the  Constitution as part of the Majlis and government efforts  to allow the private sector its rightful space in the economy while admitting that this particular “law has not been enforced properly.”

Article 44 compartmentalizes the economy into three parts, namely public, cooperative and the private sector. It obliges the government to transfer 80% of the shares of state-owned and affiliated companies to nongovernment entities.

The majority of the large companies privatized so far have been acquired by quasi-government organizations because the real private enterprise could not afford it.

Referring to various economic schools of thoughts, the senior lawmaker said the economy should be “premised  on the tenets of a market economy” and the government must restrict itself to paving the way for free and fair competition in the market.

Given the myriad of issues the country is grappling with, some of the more critical ones should be given priority and efforts should be mobilized to address them efficiently.

The Vice President for Economic Affairs Mohammad Nahavandian ascribed the economic ills partially to the differing opinions between senior experts and the major decision-making organizations.

The Vice President for Economic Affairs Mohammad Nahavandian ascribed the economic ills partially to the differing opinions between senior experts and the major decision-making organizations.

He, however, blamed the poor macro decisions on the trends and measures usually undertaken to find stopgap solutions to major economic issues. “This is while most problems have been here for long and extended periods.”

Ali Mirzakhani, editor-in-chief of the Persian-language newspaper Donya-e-Eqtesad inaugurated the conference and outlined its objectives.

He referred to two major challenges that have afflicted the economy. First, the inattention of governing bodies  to intellectual and scholarly studies and failure to focus on solutions proposed by respected experts.

He also rued about and absence of influential and powerful political parties with workable programs to fix the economy.

“Due to the absence of parties, economic issues are usually tackled based on short term solutions.”