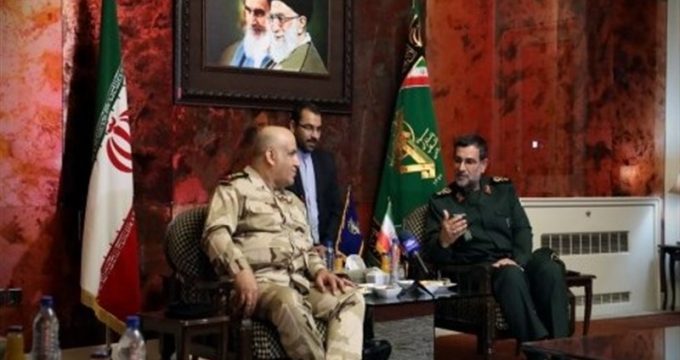 In the gathering, the visiting Iraqi admiral praised Iranian military forces for working in close cooperation with Iraqi forces in the fight against terrorism.

In July 2017, Iran and Iraq signed an agreement to boost military cooperation in a host of fields, including counterterrorism.

Based on the deal, Tehran and Baghdad try to promote interaction and share experiences in the fight against terrorism and extremism, work together to ensure border security, and provide each other with training and logistical, technical and military support.