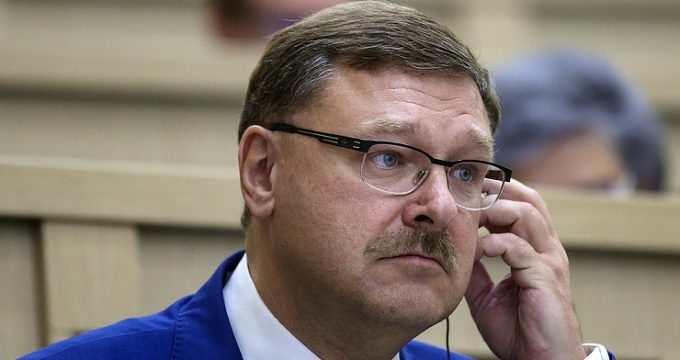 Heavy Western pressure on Russia and Iran will not be able to hamper Russian-Iranian cooperation, Head of the Russia’s Federation Council (upper house) Foreign Affairs Committee Konstantin Kosachev said at a meeting with Kamal Kharrazi, chairman of Iran’s Strategic Council on Foreign Relations, in Moscow on Monday.

According to the senator, the two countries are intensively fostering ties in virtually all areas. In addition, both maintain a powerful political dialogue between their presidents and ministers.

“Of course, it will be important for us to hear your assessments of the prospects for preserving the Joint Comprehensive Plan of Action that the US withdrew from unilaterally, obviously violating the UN Security Council’s resolution. We heard yesterday’s statement made by Iran’s foreign minister on the potential aftermath stemming from that situation in terms of Iran’s participation in the Nuclear Non-Proliferation Treaty, about Iran’s potential pullout from that accord. We would like to hear more about your plans on that score,” Kosachev stressed addressing Kharrazi.

On Sunday, Iranian Foreign Minister Mohammad Javad Zarif said that Tehran was looking into pulling out of the Nuclear Non-Proliferation Treaty as a potential answer to Washington’s tougher sanctions against the Islamic Republic.